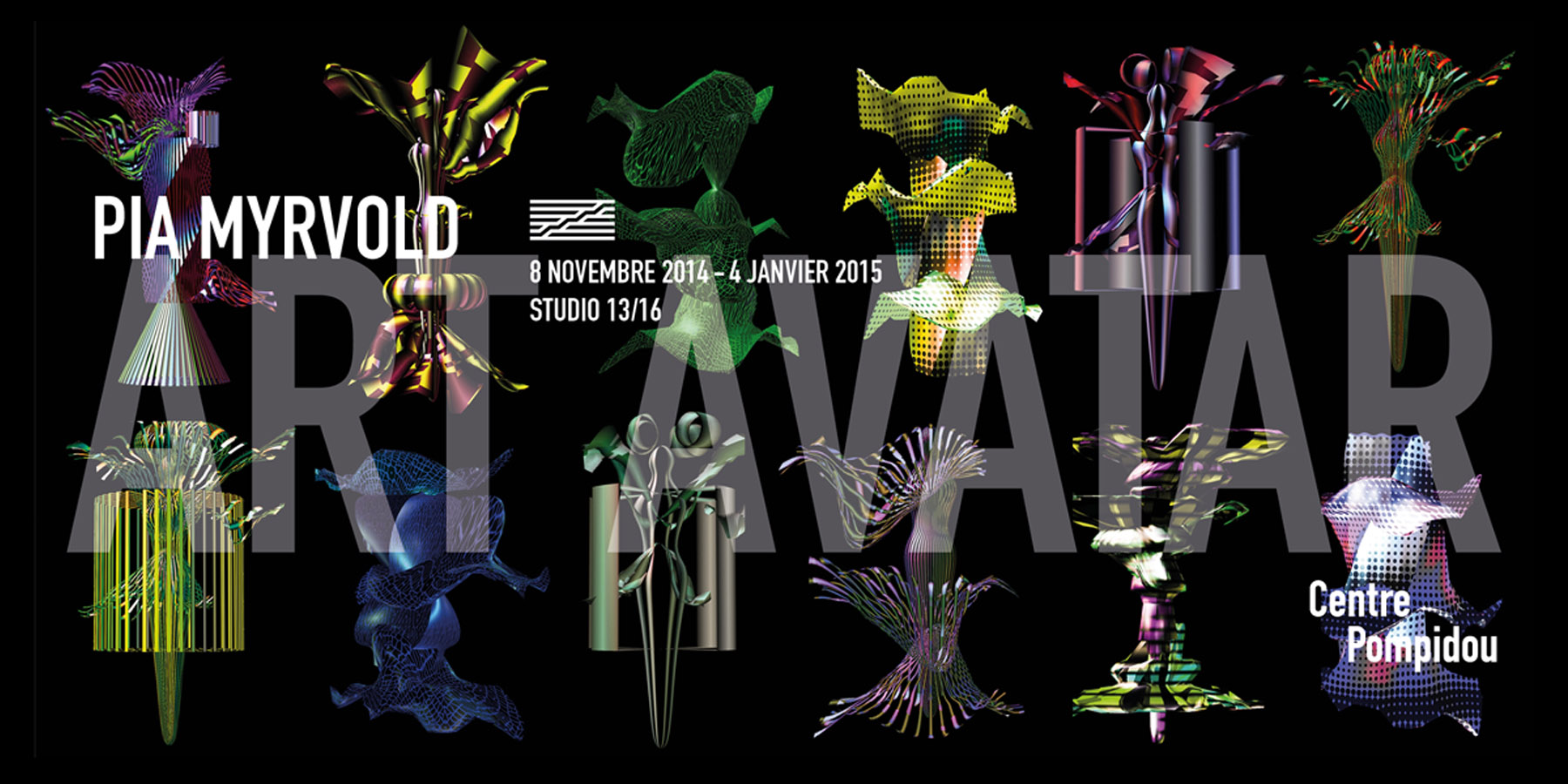 Art Avatar exposiion by Pia Myrvold at Centre Pompidou (Paris) will open till Jan 5, 2015. It sounds for the public as an invitation to travel into a digital world of Second Life era, of virtual connected and participative networks, where works exist now also as algorithms and code lines, in constant evolution.

Breaking new ground in digital art, the Norwegian artist keeps on her research about the "metamorphosis of the Virtual", questioning iteslf on new relationshps between the visitor and the work of art.

This show is her new immersive installations, consisting in 4 new interactive interfaces. She invites the public to co-create with the artist their virtual sculpture, and to interact with it: an experience connecting real and virtual spaces.

For her experiments and metamorphoses, she uses 3D animation tools, cooperating with the digital artists Yann Minh, Eric Wenger, and LM3LABS which acommpany the artist and bring her the interactive touch that takes the public into interaction.

Minh contributes as Metaverse Builder (virtual worlds builder) and will Minh will speak about his use of the Unity tool.

Toward 3D or 2.O museums. A round table at Point Culture, a center at Louvain-la-Neuve (Belgium), with Pierre-Yves Hurel (assistant, Liège University), Aurélien Merceron (digital composer/director), one representive of MuséoMix community and Yann Minh. Starting with three experiences, the meeting will try to build a project of mediation between museums and thei publc.

Invited in a symposium "The augmented human being: between liberation and uniformization", organized by the French association for transhumanism.     This symposium aims to make reflecions about the multiple ways along which technological converging technologies and their ability to afford an "human augmentaion". Can they, at the same time, serve social justice. This issue has never explicitly been raised in the international conferences about transhumanism.