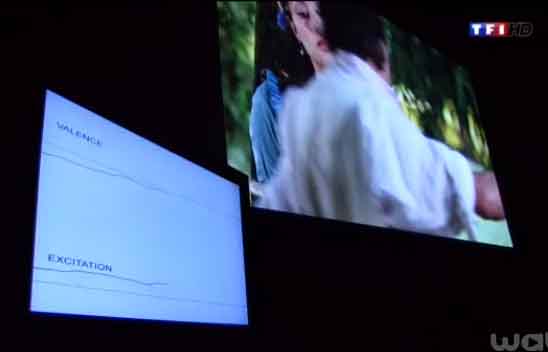 An innovative association of expermimental techniques through workshops with students and general public cooperation of servera scientific labs.

"Le cinéma émotif" (emotional cinema) is a prototype of interactive cinema, where the film evolves (along 12 versions) according to spectators' emotions, analyses by brain-control headsets. It will be experimented in three workshops, on march 18, 19 and 20, in Roubaix, directed by Marie-Claire Cazin, who is not a newcomer on the interactive stage. 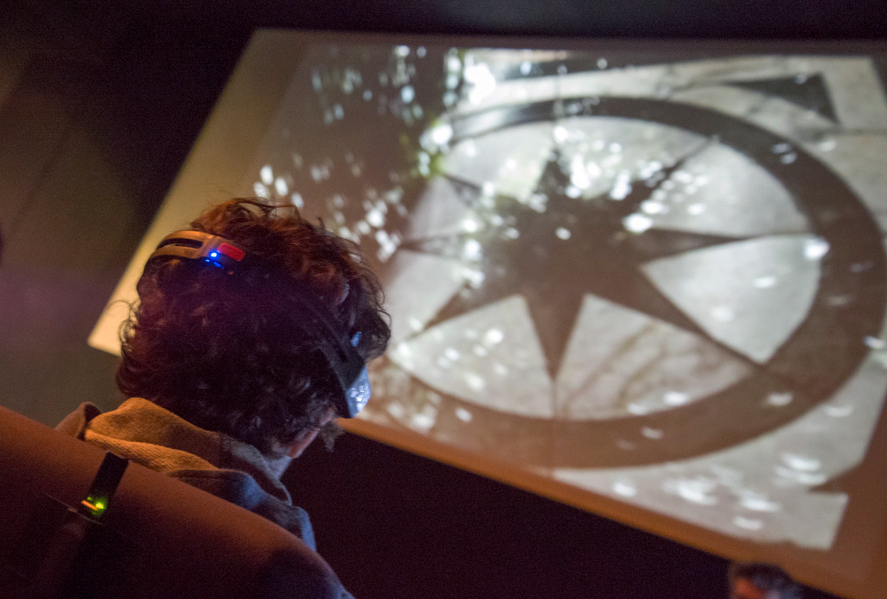 This project combines two well known techniques.
- Interactive theater has been practised since the 1960's, for instance by Guy Kayat. But until now, the results appear to be limited, with a new surge recently with transmedia. See our interaction notice.
- Brain control has also been tested in various forms of art (notably music). Here also with limited results, due to the narrow passband of the signals received from the brain and the difficulty for our minds to master its tuse. See our Brain notice, which includes exchanges with Kiel Long after his presentation in Imal (Brussels).

The two fields could progress more rapidly, we think, if the experimental results were methodically recorded as scientific experiments. This the case with this experiment. In April, during the presentations at Stéréolux, a PhD student will help to define more precisely the , i.e. the moments in the film where public reactions differ most widely. "That will allow us to target our analyses on these moments, and to get the most diverse results.". This topic is also tested wit a panel in the scientific laborator in Nante's polytech.

Then, this project gives good hopes for the future. Each session of the workshop will bring new data. In particular, the narrow bandpass of these headsets can be compensated for by their use on many users with diverse personalities. Marie-Claire Cazin, her team and partners will have wider and wider bases to build theoretical knowledge on human reactions as well as to elaborate more and more complex, meaningful and attractive works of art. We will be happy to follow the progress.

See the Facebook page , a video record by the French national TFI TV channel on Feb. 17, and a local video.