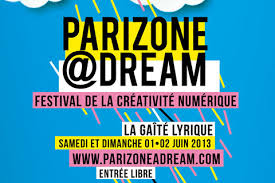 On june 1 and 2, La Gaité Lyrique (Paris) has made a show of several digital art works. The event seems less innovative than in former years, but gave voice to stars as well to newcomers of new versions of known works, like :
- Eidolon, by Balthazar Auxietre was presented on a more immersive version.
- Fred Murie et Flavien Théry. Oracle (2013), A touch screen placed like a table affords to get messages out of a random cloud of squares.
- Compagnie Voulez-Vous. Les cupidons numériques (2013). To be discovered. More a relational work, it seems.


The other ones were know, some of the even "classical", should we say. But some of them, interactively engaging, did not miss to gather a public, helped by the artists themselves, or by the Gaïté Lyrique mediation staff, as always smiling and proactive. 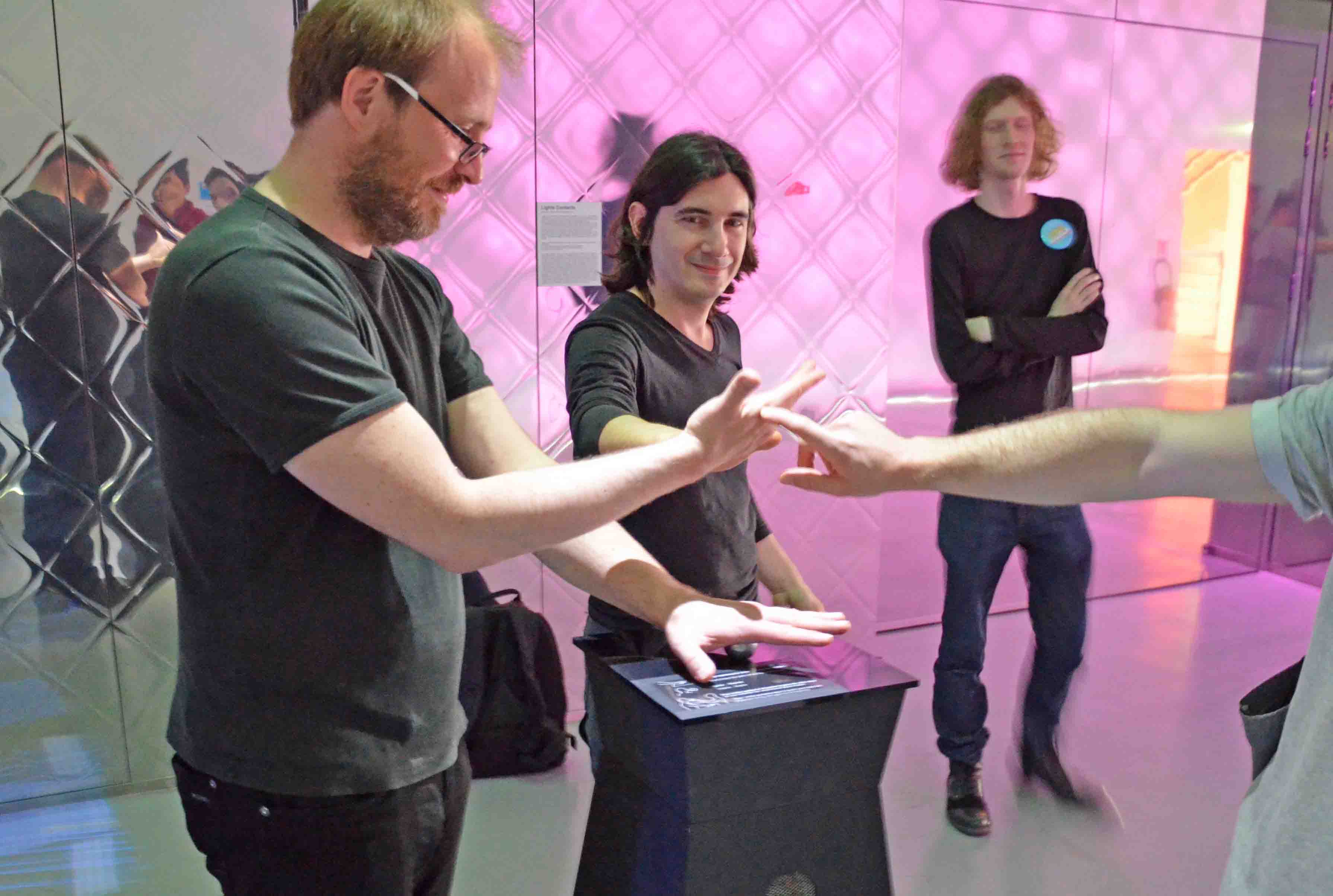 - Though not new, Lights Contacts by Scenocosme (Grégory Lasserre et Anaïs Met Den Ancxt) gathered a lot of players, at least when one of the artists or an animator helped the public to enter into the game. This group goes very far into interaction. This work, for instance, aims more than to interaction between the work and spectator, it calls for interaction betwwen spectators, which can even begin to play some music by reciprocal touches (kisses not forbidden). It may lead even to choreography.
- Jean-Robert Sédano et Solveig de Roy. Ludicart. Les roues du chant (2010) Homage to the Duchamp's readu made, six bicycle wheels set on plinths sing a sort of Gregorian chant. A game to compose music in cooperation. Here also, people were engaged by the wheels and their natural trend to rotate.
- Antoine Schmitt. Le pixel noir (2010)
- Djeff & Sÿclo. Euphausia 0.1. (2010). This work was up to now indicated as done by Djeff Regottaz (see there a description). The version shown here uses a large parallelipedic balloon as projection tool.

- Antonin Fourneau. Water Light Graffiti (2012). Spectacular.
- David Guez. 2067 (2006, 2012)
- Patrick Tresset. Paul (2010). This portrait drawing robots never misses to draw clients happy to see their image drawn. We must say that the cam and hand robotic moves remain impressive, even when you knwo the work.
- Samuel Rousseau. Montagnes d'incertitudes (2005). Video.
- Avoka. Dyskograf (2012), Difluxe (2012), Akuery (2010). Interaction.
- Hugo Verlinde Vide (2012). The presentation is very graphical, with three large scales. This is a demanding work. To have it changing of state, you have to cleverely choose your moves. Not so easy. Much more son when Verlinde is there to show you the how to.