Fresh twigs and deep roots at the Grand Palais

Digital art is well alive under the high glass roofs of Paris Grand Palais. Two galleries lend a new impetus to digital creation: Charlot and Lelia Mordoch. Both present works with more colors and humor, not with new artists, but with seasoned authors of intact creativity.

At Charlot, the surprise arises from a series of new works by Misha Margolis, combining natural textures with mobile forms in a quite innovative way. Several works, technically simpler, call for smiles by combination of screen actions with real material parts.

Misha Margolis: the material tape and the digital tape as an illusion of continuity. Fun !

Charlot, due to a recent agreement with a partner, shows historical works side by side with the newest. Alignd on the same wall come for instance two of the last series by Antoine Schmitt and a diptych by Vera Molnar, both algorithmic, but one is hand made and the other computer generated. This expresses graphically the continuous development of digital/algorithmic art from its origins some 40 years ago up to its 2015 creativity.

This sets Valérie Hasson-Benillouche, the gallery's owner, somehow at par with veteran gallery Denise René, for whom advanced digital art is constantly in perpsective with vintage kinetic and cybernetic art (notably by Schoeffer). René is not present at Art Paris, but will be in Art Brussels

At Lelia Mordoch's, Miguel Chevalier presents new works, notably Lilus Arythmeticus Evolution, an original combination of his vegetal generative structures with more abstract forms of multiplication, a 60 minutes evolving generative work. As always, a feast of colors and shapes, some more easy going than the more "formal" style of Schmitt for example. Chevalier also extends his range of 3D printed works, this time with a series of white sculptures illustrating digital plant growth by successive states, one could say "à la Muybridge".

In this same gallery, Alain Le Boucher keeps on developing his highly demanding technique of LED's controlled by micro-controllers. But, for the first time, he adds color to his palette, making good use of new micro-controlled LED from the Chinese market. He comments : "We are on our way to the smart diode". 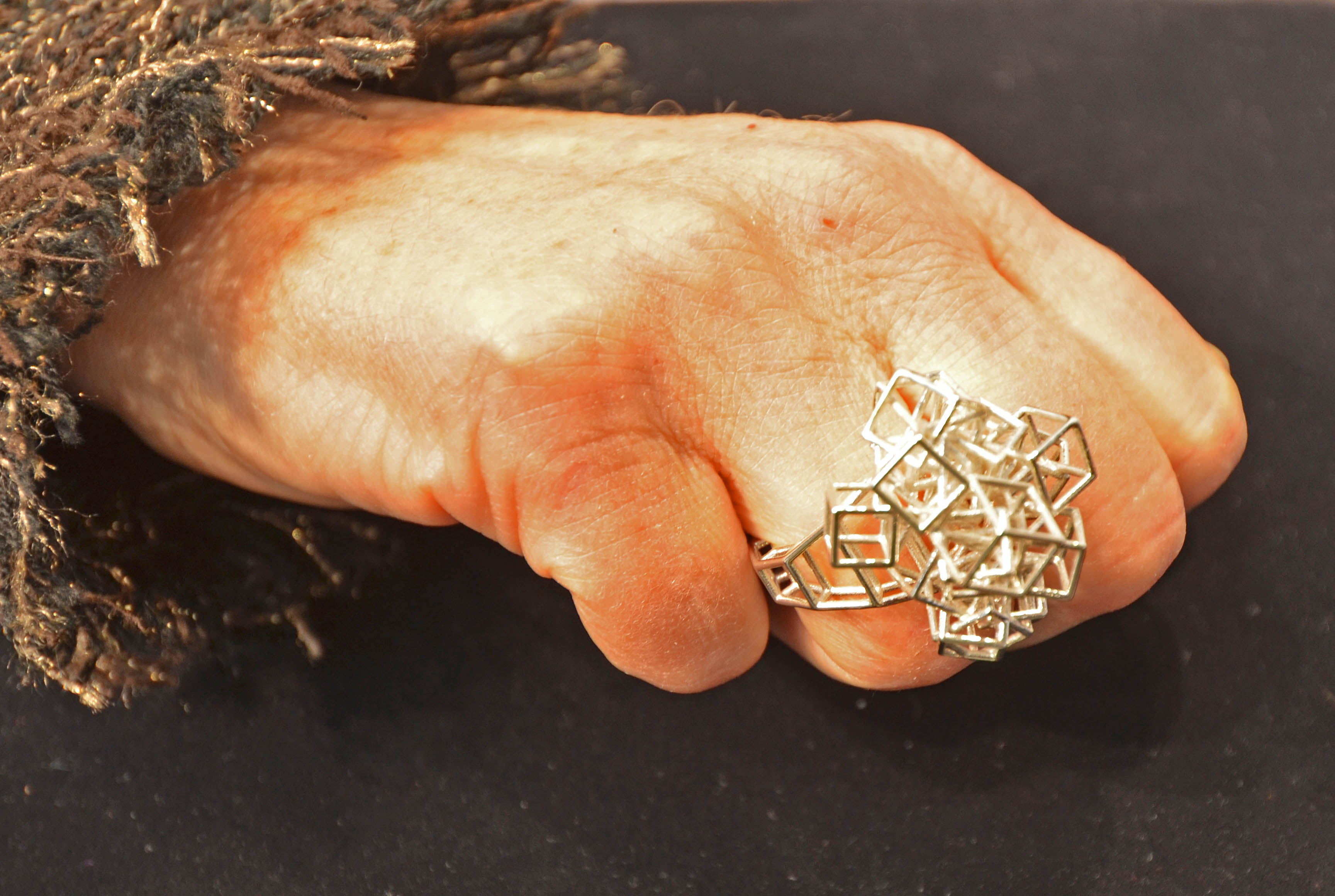 And the good news is: digital art sells, and artists (at least our stars) complain more about an excess demand rather than about lack of projects and customers. More globally, this 2015 Art Paris projects an impression of creativity, in a more colorful and optimistic mood than the 2014 crop shows. A happy new year, so to say...