A tentative formula for "liberty". Not really computable, but possibly helping to sharpen ideas on this fundamental concept, going the Shannonian way.

Label . "Image label" refers to an image where the pixels of a same region all have the same value, called the region's label [Cocquerez] p.43. 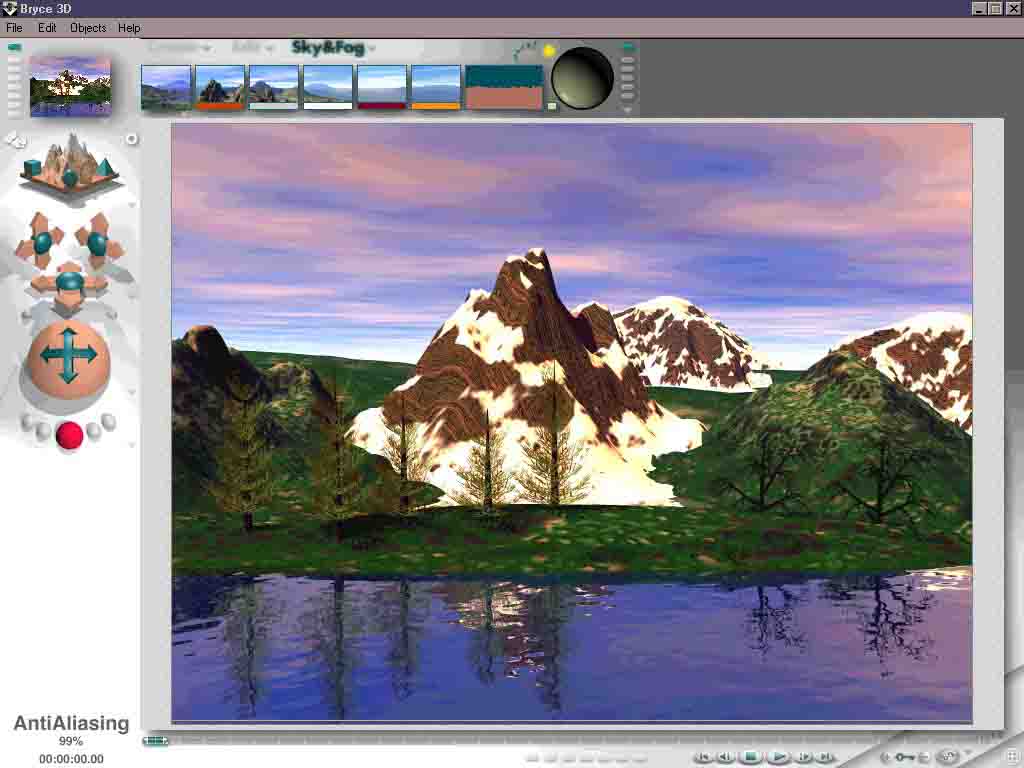 Landscape generation software products have been on the market for long. Bryce is the most well known. 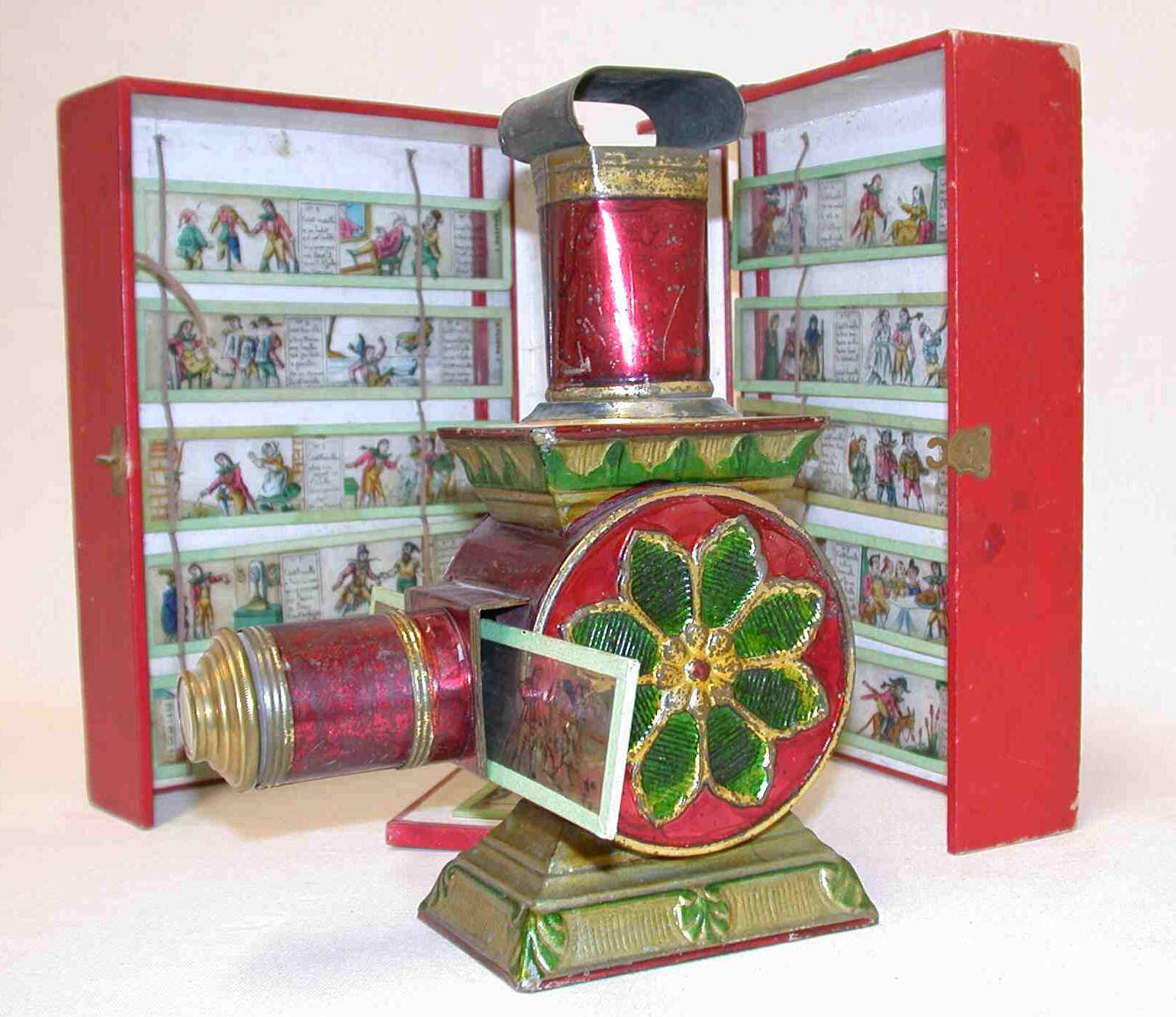 The magic lantern is an ancestor of cinema and computer presentations. Not digital stricto sensu, but yet far advanced in the fragmentation of a story in successive views. Somehow an ancestor of the cinema montage, if we assimilate each plate with a film shot.

Laplacian.
- Complex mathematical function . [Bres] p. 225-227 uses of it to look for "zero crossing", ence the borders inside an image.
- [Gonzalez].

Lasso. A region selection in graphic software. [Photoshop] for instance.

Latency. (time)
- Generally, a nuisance. But, if our retina lacked its remanence function, it would be difficult for us to see anything.
- Globally thinking, as say the Italians "chi va piano, va sano".

Layer, layering.
- See Channel , for instance Alpha. [Ebert], [Photoshop]...
- In interaction design see [Janet Murray].
- In music, a layer is a set of devices. Example "This coupling is done not only upon the same layer of faders, but also upon two different layers".

Lens. (contact lenses)
- Tomorrow, the computer will send images to our eyes through simple contact lenses, lets us think an article by Paul Marks in New Scientist, 11/22/2011 (indicated by ACM Technews).
- And the day after tomorrow, by an implant directly connected to the optical nerve?

Liberty.
- Is computer use a constraint of a liberty enhancer? Nick Lambert tries to give light on this issue with two chapers of his thesis Computer Art. No clear conclusion. .
- A tentative formal definition by Pierre Berger.
- L'art de la liberté. Doctrines et débats de la Révolution française. by Edouard Pommier. Gallimard 1991. 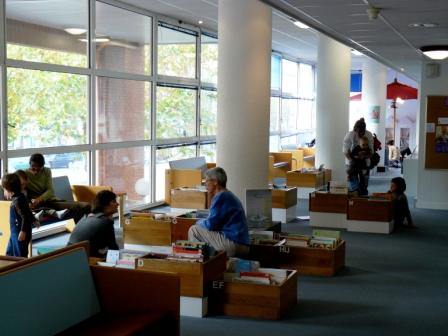 Libraries tend to become multimedia. Here a view from ADDNB, which fosters digital applications by cooperation between librarians.

Life. See our notice on Bio-art.

Link.
Synonym: Hyperlink. In hypertext, and specially on the Web, calling a page, from the same site or another one. A sort of art?

Liquid modeling calls for a lot of mathematics. Here a water surface, with lights.

Lisp. The purest of programming languages. But of difficult use.
- According to [Ebert] ,the functional languages like Lisp make a strong use of compositing techniques.

Literature.
- Index of writers quoted by diccan. See poetry.
- Page Leonardo and a large set of texts by Philippe Bootz: Les basiques, la littérature numétique. Leonardo Olats.
- Electronic literature (Wikipedia): a literary genre consisting of works of literature that originate within digital environments and require digital computation to be read. In contrast to most e-books, electronic literature usually cannot be printed since key elements of the text require computation: for instance there may be links, generative aspects, multimedia content, animation or reader interaction in addition to the verbal text. Example: hyperfiction. 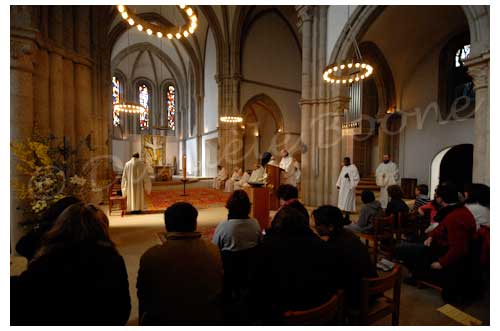 Liturgy at the abbey of La Pierre-qui-Vire. Photography by Boone.

Liturgy. In every religion, liturgy may be considered the central art, of which arthitecture is no more than the frame. They have digital features, would it be only for the complex computations of holy days.

Live Cinema. A place where visual and sound are created live, during the performance itself. See a lecture on this topic.

Live Coding. Wikipedia. An art form where performers are programming live. A kind of improvisation.
- Rather long notes in the Alex McLean, thesis, PDF.
- The program of La Fabrique (Nantes), which in 2012 hosts several nights on that activity. 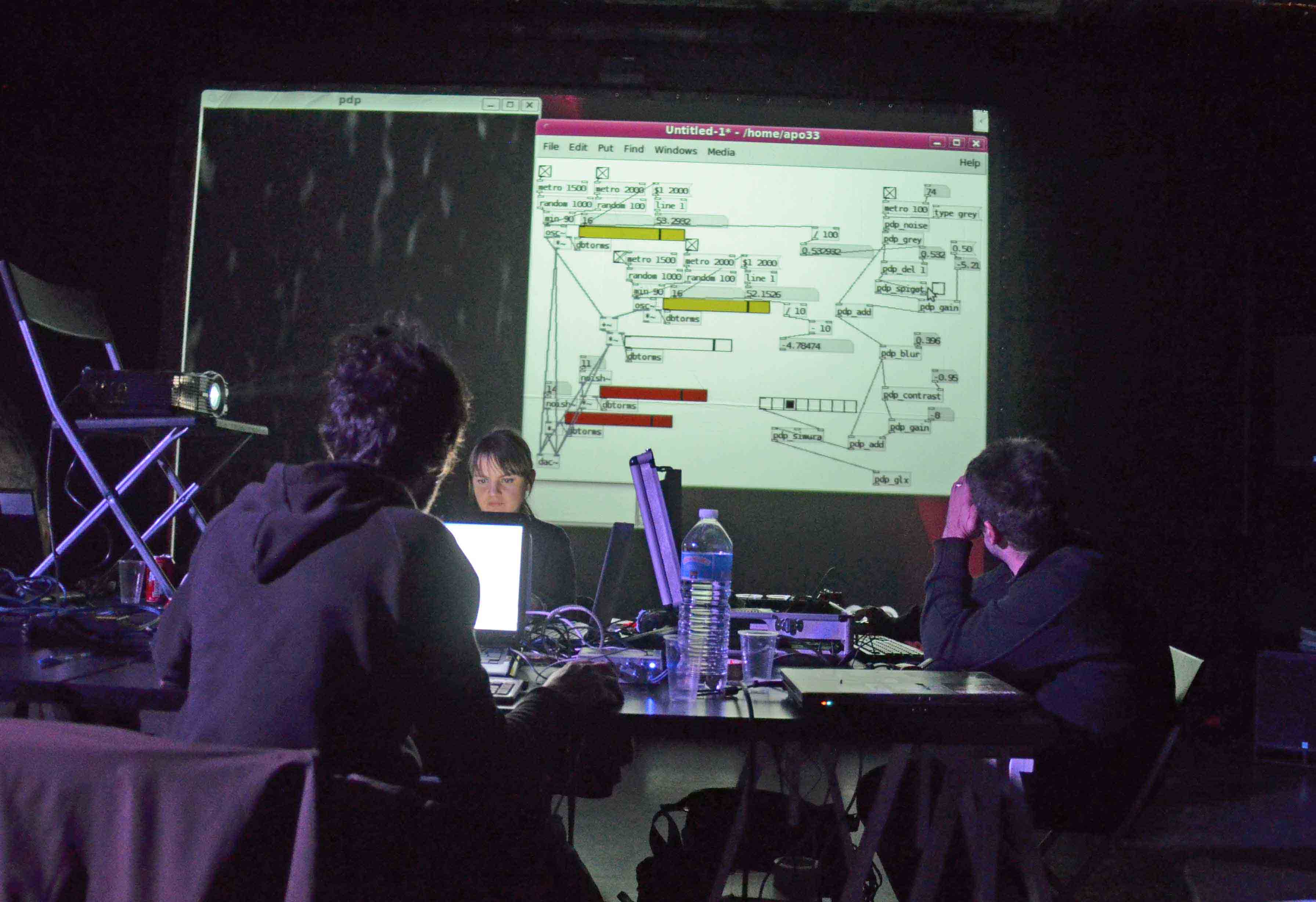 Living Art.
- "Living art" is a term chosen by Florent Aziosmanoff in his book. Relational art would fit better to his project, but the term has been put intot theory by Nicolas Bourriaud. See behavioral art.
- Video of Florent Aziosmanoff at Cube (Issy-les-Moulineaux, France) on 2/18/2010, to launch his book Living Art,   CNRS Editions 2010.

Locative media make full use of GPS, cell phones, etc. as well for fun, for profit ("Where is the nearest hotel?") as for political engagement. Here a screen of Geospatial Structure, by Laura Kurgan, on Columbia Univesrtiy website.

Location, locative media. Wikipedia . Data can today be got from many sources : GPS, cell phones, Google Earth...
- Sound walks in town, with audioguide, see [Leloup, 2013] pp. 79 sq.
- This topic is an inspiration for many artists, among which Maurice Benayoun (Mécanique des émotions), Paula Levine, John Klima...
- Some artists of this domain are politically engaged. See for example the "Virtual War" chapter in Tactical Media by Rita Raley.
- Imayana, multimedia tack, interactive and fictional. Augmented reality on a tactile tablet. An article signed by Annick Emery in Sonovision, Sept. 2012.
- Use of GPS. For example see Yong Lim Yi.
- See cartography, the location as transmedia.
- See the work of Laura Kurgan.

Loop is a fundamental control structure in programming. Design and debugging may be made easeir by graphic represenations such as organigrams (Here in tutorial by Patrice Rabiller). 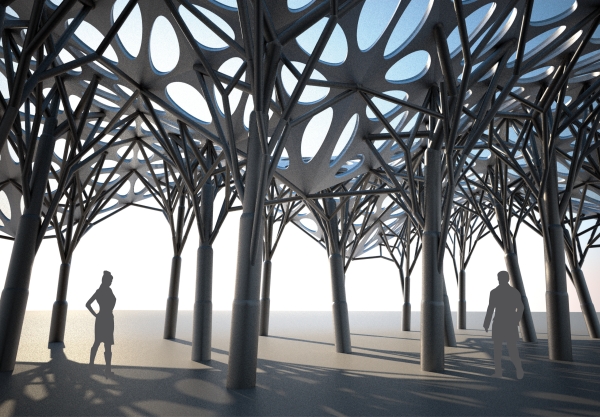 L-System is used in the project Blurring Structures at University of Kassel, Germany, faculty of architecture, departement of structural design (Prof. Grohmann).

Luminaton. An idea by [Schillinger].