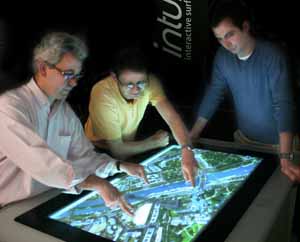 Tablet.
- Kind of small portable computer.
- An important facet of transmedia. A lot in Digital Storytelling. A creator's guide to interacdtive entertainment. [Miller, 2014].

- Some artists are doing a lot of painting on this environment.

- Graphic tablet. This device is more efficient than the mouse when some precision in moves is of importance.
- [Faure-Walker], [Foley] 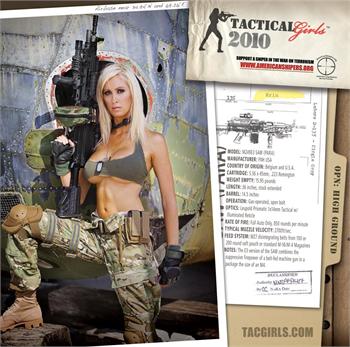 Tactical media: be active an efficient, but maybe invisible.against any power abuse,

Technology. The state of technologies is important for art evolution.
- More in French. 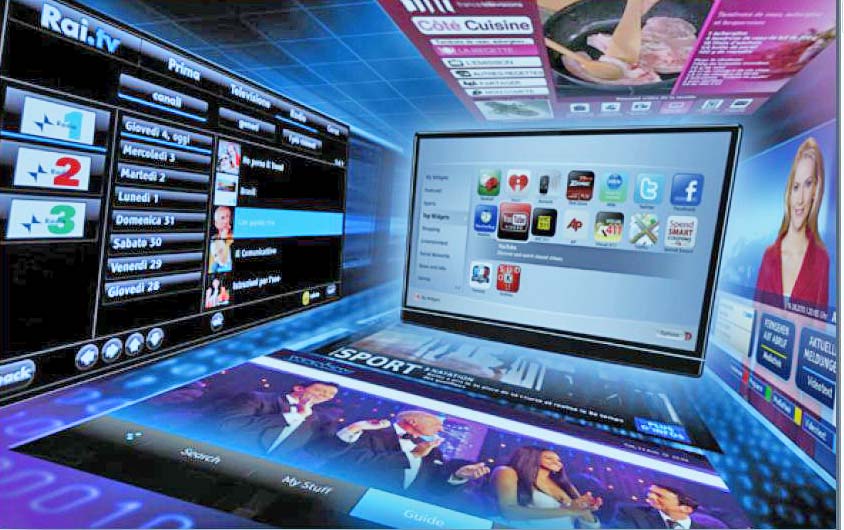 Connected TV and relations with Internet. An UER

Texture.
- Graphism. [Ebert] is the "summa" of this domain.
< Interactive design of aesthetic abstract textures by composition principles and the laws of chance, by Luis Alvarez, Nelson Monzon and Jean-Michel Morel. Leonardo 2018.
- Texture synthesis and evolutionary computing (by Craig Reynolds).
- Programming: [Cocquerez], [Foley], [Gonzalez].
- Music: [Ross] p. 613. Vibrato or trills, but mostly timbre may be heard as a kinds of textures, and of course generated by procedural means; 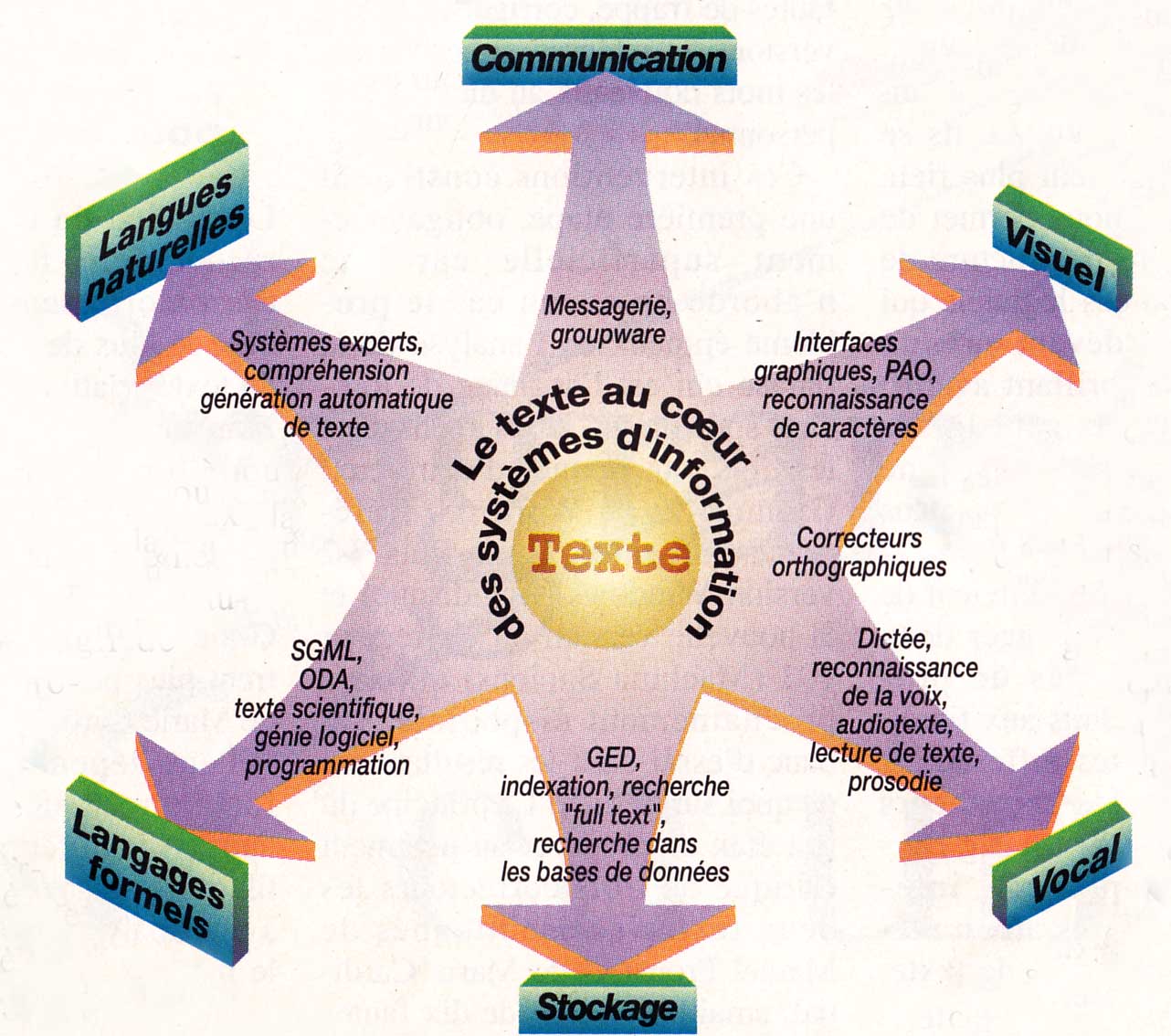 Text is the heart of language and more generally of information.

Texturology. A theory by Patrick Saint-Jean. AH No 33.

Thick, thickening.
- [Cocquerez], [Gonzalez]. Thickening a line is not difficult... unless if you want to get a pleasant result.

Thin, thinning.
- [Bres] Thinning and thickening for a better image analysis. [Cocquerez].
- Thinning of a line is more difficult that its thickening, if you want to keep it continuous.

Third Culture. An expression defined by Kevin Kelly, journalist for Wired, in Science 279 (1998).
- The definition is developed by John Brockman, The Third Culture: Beyond the Scientific Revolution, Simon & Schuster: 1995.
- Has inspired 3D light art, such as Nova, by ETH Zurich. See description in [Adams]. 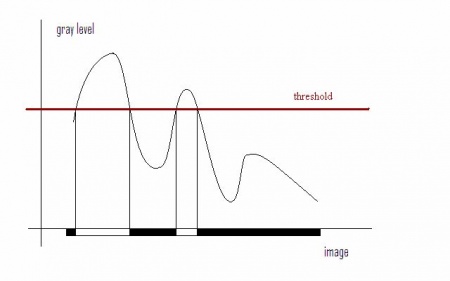 Thresholding on gray level, according to Imperc.com

Threshold, thresholding.
- It may be applied to any kind of signal. In art, mainly to image and sound. Il may be a nuisance (generally, in music or photography), or searched for as a stylistic effect (mainly image). Applied to the color scale of an image, multiple thresholding is called posterization. - A basic method to digitizing a continuous input signal, with a succession (ramp) of thresholding levels.
- Images [Cocquerez], [Gonzalez], [Processing].

Tortoise.
- (Turtle) Graphical models for plant or textures building. [Ebert].
- Small robots for drawing, after Grey Walter works, in the 1940's. They contributed to the birth and celebrity of Logo programming language. Harold Cohen describes the way he uses them in his 1979 paper What is an image?
- More in French.

Total (Art). From the German Gesamtkunstwerke. Wagner was the first to embody the concept. Wikipedia.
- Quoted by [Berger-Lioret] p. 45, 87.
- Some notes. But see mainly transmedia.

Tourism. Take the opportunity of your travels, professional or leisure, to visit the local digital art resources. See our geographical guide. 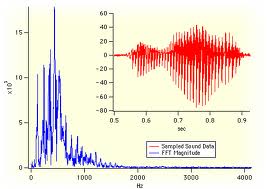 The Fourier transform, according to Wavemetrics.

Transliteracy. A form of transmedia.
< Transliteracy and New Media, by Sue Thomas, in [Adams]. 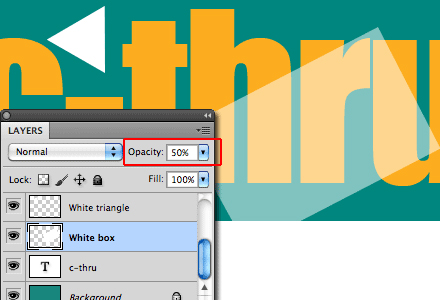 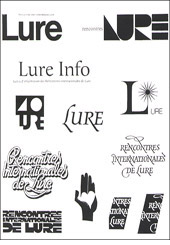 A document out of Rencontres de Lure, a classical meeting of French typography fans.

Turbulence. A kind of structure, even if is highly stochastic!

Twitter, twitterbot
< Twitterbots, making machines that make meaning , by Tony Veale andMike Cook (MIT Press, 2018. 352 pages, small font). The first part of the book is a general presenation, with a lot of aesthetic considerarions. The rest is a practical guide to twitterbot development.

Two citations from the first part.

- Twitterbots are really creaive: "On Twitter we call these mechanical generators of content « Twitterbots », for (ro)bots that have been designed to operate their own Twitter account.
But art these bots capable of the same kind of educated insolence that we see humans produce on twitter ? Are they capable of generating messages with the same double-edged cleverness and elegant concision as … Benchley’s « Streets filled with water. Please advice » (NB : c’es un journaliste qui vient d’arriver à Venise et envoie un télégramme à sa rédaction vers 1845). The answer to each of these questions is a qualified yes.

- No metaphysics: "The profound questions of whether a machine can ever feel pride at showing off its « education » to others, or feel surprise at the effectiveness of its own defiance of convention, or feel the joy that comes from being playfully insolent to others are questions we must leave to the philosophers…

"Whether our Twitterbots are genuinely creative in their own right, or merely showcases for the metacreativity of their creators, is a question we leave to our readers to answer themselves". 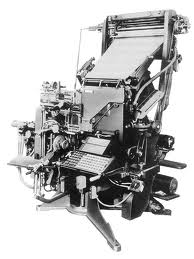 -Composing was the assemby on a composing stick the lead charactes taken out of the case (of which the high part was the "upper case". Manual compositing ws progressively replaced by mechanical machines ( (Monotype and Linotype mainly. See La composition mécanique. Histoire, évolution, état présent, développement futur, by Antoine Seyl. Bruxelles, Imprimerie scientifique et littéraire, 1926), then by phototypesetting (Lumitype, for instance) with an output on film. It was to feed automatically these photocomposers that were design the mark languages. The first of all, GML, was launched by IBM for large machines (costly and inefficient in this activity). Then came SGML, HTML et XML. Finallyn word processors, graphic perifpherals and the integration of the graphic chain took to the disparition of specific machines and the whole profession or

Typology.
Is it, or how far is it possible and useful to draw typologies of arts and works of arts?
- It is possible as soon as one identify a definite feature with several different values.
- It is a useful aid to find one's way into the ever more rapidly growing mass of artists and art works. It is also a basis for ranking.

A first typology is the distinction between different categories of arts or artists. We have done that for all the artists present in diccan, and you can see the result in our specialty index. We project to refine it progressively, with a more multi-dimensional characterisation. For example, today (May 2013), we have categories as "interaction". In fact, today, a lot of works become interactive, be they video projections, sculptures or biological. Then we will, some day, put interaction as a feature and not as a category.

Note also that typologies are grounded not only in the media used (canvas, screen, paper, physical tri-dimensional objects) but in cultural and professional habits and talents, legal statutes, markets (not to say business models) and political engagements (e.g. tactical media).

But a typology cannot be absolute or definitive. With digital art, it tends to become more and more difficult, since
- computers enable a one-only artist to practice different forms of media in its home studio,
- cross-media and transmedia open, ever more widely, the combination of different forms of art into "spreadable medias", to use a Jenkin's expression [Jenkins 2013].

Conclusion: use typology as a useful but basically imperfect tool, and above all avoid absolute and "essentialist" art ontologies.