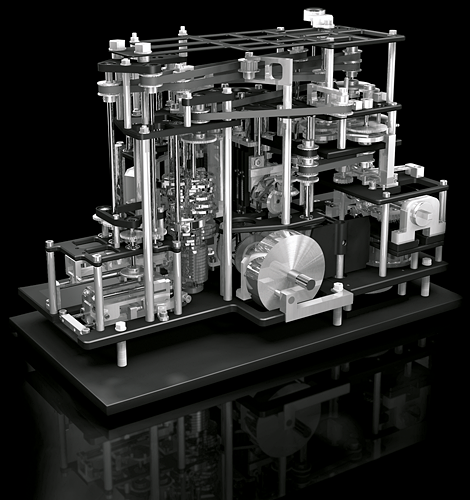 On spring 2013, the clock-maker Jaquet-Droz has invited the sculptor and LED artist Alain Le Boucher to expose its works in the basement of its Parisian store, rue de la Paix. They play someting like a concerto for mechanics and ligts. The sculptures of Le Boucher felt perfectly at ease in such a place, where high luxury rhymes with historical achievements in mechanical automata.

Both do art for the art. Wristwatches may be one of the most lucrative trades of the day, their role is no longer functional, since everybody keeps at hand a cell phone more or less smart, but nevert deprived of a basic time diplaying function.

But here a deep "digital divide" and even "electronic divide" holds apart the LED artist and the luxury clockmaker : the latter would consider a sacrilege to incorporate even the simplest (but efficient) quartz oscillators in his magical constructs. And we never heard Le Boucher imagine to place any gear or belt inside his copper-and-components sculptures. 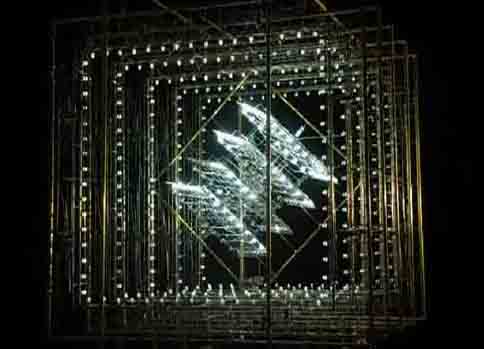 Jaquet-Droz, nevertheless, has made one step in the digital direction : it has built a time writing machine. Still nothing electronic there but - miracle - you push a button and it prints the time.

Thanks Heaven, in the Google era, poets have not all departed. And sometimes they find markets.