Siggraph: a confirmation of the "French touch" ?

Held on Sept. 16, the General Assembly of Paris ACM Siggraph, the French chapter of Siggraph, has confirmed the spearhead position of French digital arts. At the very moment when Siggraph, the International/American leading show in computer graphics confirms its regular decline (see our figure), the Paris chapter keeps growing. Pierre Hénon, present President, presented a impressive annual report. The progress has been regular along nearly 15 years, with the successive chairmanships of Thierry Frey, Patrick Saint-Jean, Renaud Jugmann and Gilbert Dutertre, who left his chair one year ago. 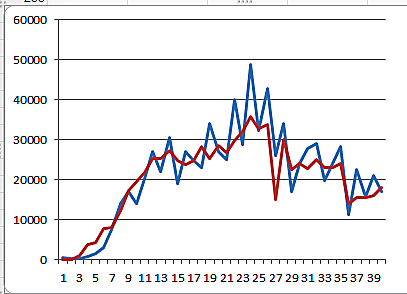 Siggraph evolution since ints foundation in 1974. Attendants (in blue) and exhibitors (divide by 100) marked a peak in 1999 and are now regularly decreasing. The bi-yearly oscillations have from start been due to the alternance of Los Angeles sessions with other locations, always less busy. But the last years evolution could be the start of a new rising, upon different grounds). New elements of apprecisation will be brought by the "Après Siggraph" meeting, on next Oct. 10.

This success cannot be counted by the membership stricly speaking, which is growing but on low figures, since nearly all services of the chapter are offered free to anybody, member or not. It can no more be counted in business turnover, since its is non-profit and does not even make serious fund-raising efforts. The real achievements are expressed by the number of events, their diversity, the number of their participants, and the thousands of contacts on the mailing list and the social networks.

The feat has something unique in Europe, where no other Siggraph chapters show comparable signs of activity. Perhpaps even in the world, but for the US local groups.

This tends to confirm the very special position of France in the digital art scene. The Paris Siggraph chapter is not alone here:
- We have celebrated the blossoming of a digital spring in the digital work of art.
- At least one other French meeting, centered on virtual reality, Laval Virtual, is of international level. It's development pushes them to expand into other locations, since Laval premises and hosting capacities are limited.
- Our universities and research centers have strong computer graphics labs: Paris1 (Sorbonne), Paris8 (Saint Denis), Paris11 (Orsay), Inria, Ircam... They participate notably in Afig association and in the ad hoc GDR (Groupe de Recherche).
- Our art schools (Ensad, Lisaa, Gobelins, SupInfocom...) have developed a quite unique educational format, stressing cooperation in artistic projects, which frequently win international awards. They even export their formats in emerging countries like India. 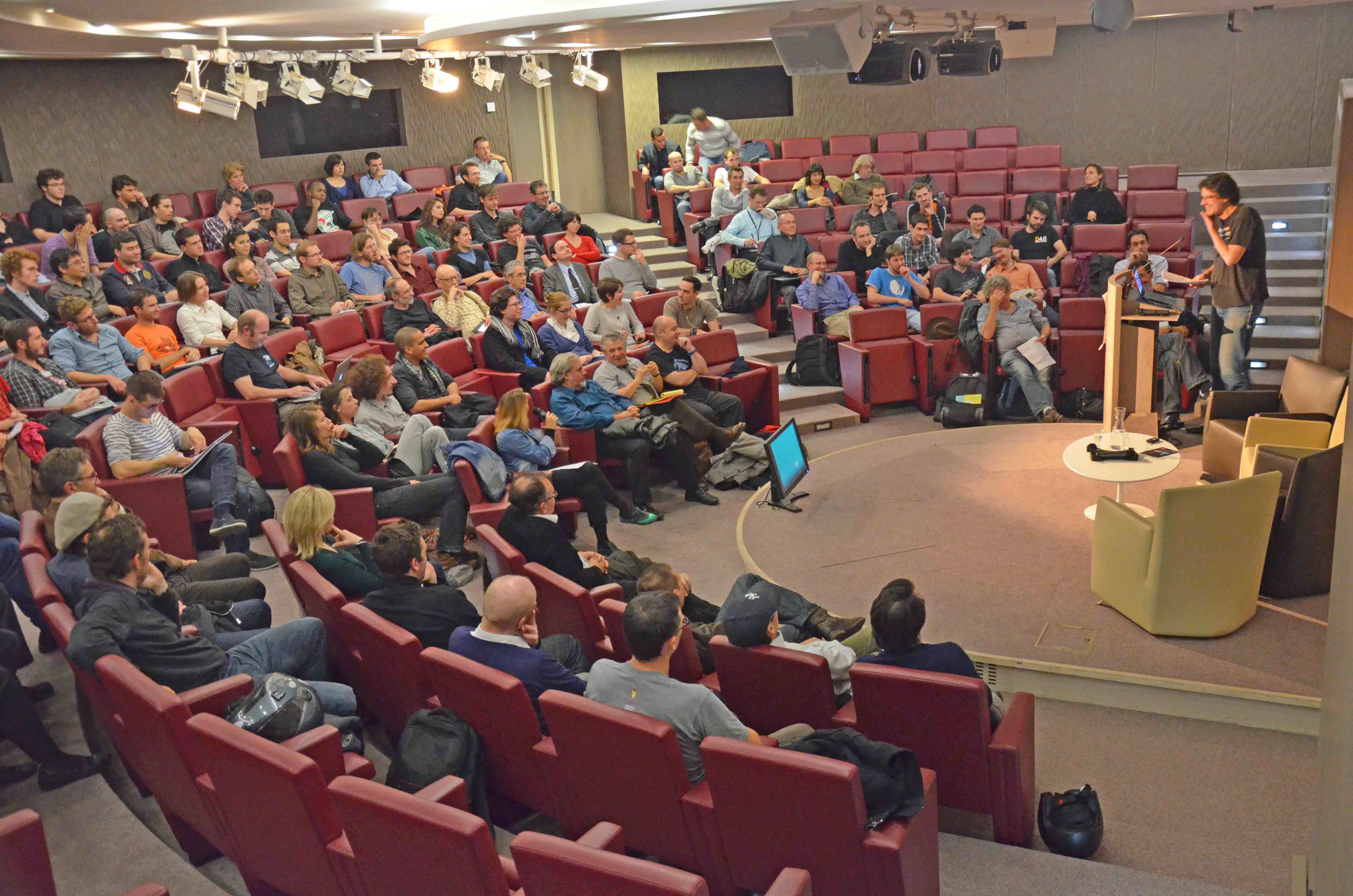 - If the ECM (Etablissement Culturel Multimedia) netword is no longer officially supported, a lot of centers are active in Paris (Gaité lyrique, Centquatre), its environment (Cube in Issy-les-Moulineaux, Centre des Arts in Enghien-les-Bains, Synesthésie in Saint-Denis...) and most of our large cities in province (see our geographical guide).
- On the industrial front, "competitivity poles" like Cap Digital Thi(Paris, Ile de France) or Imaginove (Lyon, Rhone-Alpes) stimulate the industry and its cooperation wih research centers.
- French cinema keeps its international position, including its animation facet, illustrated by Annecy's festival.

Nearly all these forces take part, more or less, in Paris ACM Siggraph. Special meetings are organized with Galerie Charlot, Afig has now a member in the chapter's board, art schools have always been its major workforce. The chapter has a booth in Laval and in Annecy, takes part in Afig annual conference. And the cooperation with Cap Digital and Imaginove has a strong expressin in Siggrah itself, with a grand centrally placed pavilion. 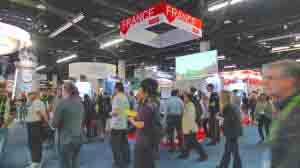 The France pavilion in Anaheim, Siggraph 2013.

We live a quite dismaying period. The big worldwide corporations rivalize in shameless selfishness, specially in the digital area. The grand nations are slow to assert their regalian duties and to cooperate in the multinational sphere (The recent G20 marked some progress here). France feels quite alone in the promotion of universal values. On the other side, digital art remains marginal in the world of arts, and is even wondering if it has to trumpet or to hide its specificity. Would not it be better just to play the world of art game, with its entertainment mainstream for the masses and the masterpieces auctions for the superrich?

The success of a small team like Paris ACM Siggraph, with exclusively volunteering resources and free cooperation, proves that hope is still possible. Or is it only a dream?