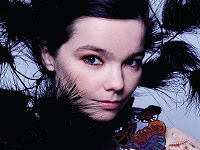 The stress on quality and distribution.

"... by the turn of the millennium a severe backlash was underway marked by apathy, suspiciou, and cynicism following the unfulfilled hyperb oles of digital nirvanas..." ([Dixon 2007], p 22). but "Digital artists and performers aroud the turn of the millennium created something that has not been seen before, somehing still highly experimental, not fully formed, but nonetheless new. "

Artists and amateurs have access to comparatively cheap and eay tools like Processing (for image), Open Frameworks, or Arduino (for communication of computers with sensors and actuators). The property protection is made easier with Creative Commons.

The classification of artists into different specialties becomes more and more difficult. Nearly everybody gos to "multimedia" or "transdisciplinary" art, if not interactive. Nevertheless we maintain here the traditional categories, until the time when it will be able to give apply names to a different reality. 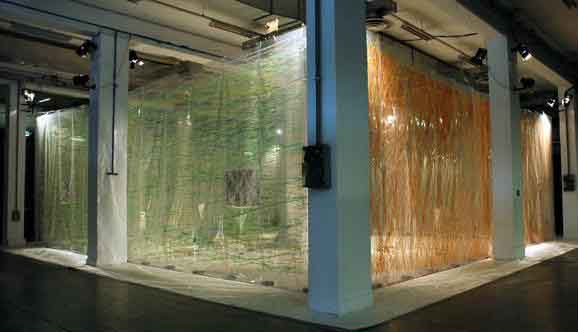 2000. Dorkbot founded by Douglas Repetto, as a group or associated organizations that promote grassroots meetings for people involved with electonic arts (artists, engineers, designers, scientists, inventors, etc.). Their motto is "People doing strange things with electricity"
2000. Medialab-Prado starts as a small public digital art workshop within the Conde Duque Cultural Center focusing on where art, science, technology ans society intersect.
2000. Creation of Symbiotica, one of the first research laboratories that enables artists and researchers to engage in wet biology practices in a science department
2000. The Zero1 Art and Technology Network is launched in San Jose CA to encourage creativity at the intersection of art and technology and to produce a festival celebrating this creative intersection. 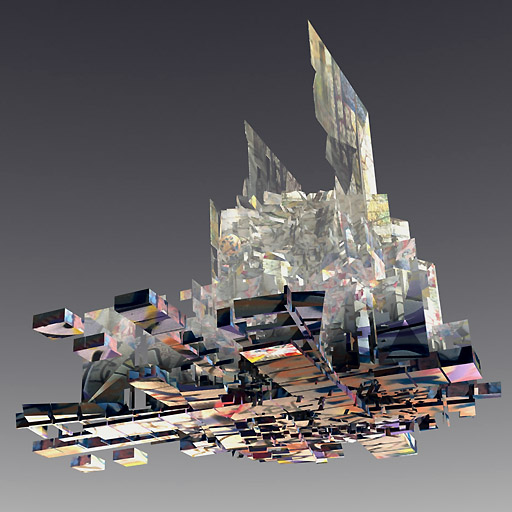 Doncieux architecture presentend at Asti 2001 (Paris). "Discovering this architecture, in autostéréorelief (Pierre Allio/Alioscopie/APLM) and dynamic mode (Sylvain Huet/Scol/Cryo-Networks) required a fractioning of its structure, compatible with real-time processing and sisplay on four facets".

2001. Sessions on art and prospective Asti 2001 Conference.
2003. Laurie Anderson in residence at Nasa
2004. Machine Project, a Los Angeles based not-for-profit organization dedicated to making specialized knowledge and technology accessible to artists and the general public, is established
2003. The Design Interactions Department at the Royal College of Arts opens to students
2005. Youtube launched
2005. Make magazine, founded by O'Reilly media.2007. Artists in Labs (AIL) launches, with the aim of promoting knowledge transfer between artists and scientists. The AIL program is a Swiss partnership between Zurich University of the Arts, the Institute of Cultural Studies (ICS) and the Bundesamt fur Kulur BAK.

The generative field is cultivated by Rafael Perez-y-Perez (poem generators), Abilio Cavalheiro with his Sintex tool and even an art critic generator, by Eric Maillet. J.C. Carpenter generates fiction. 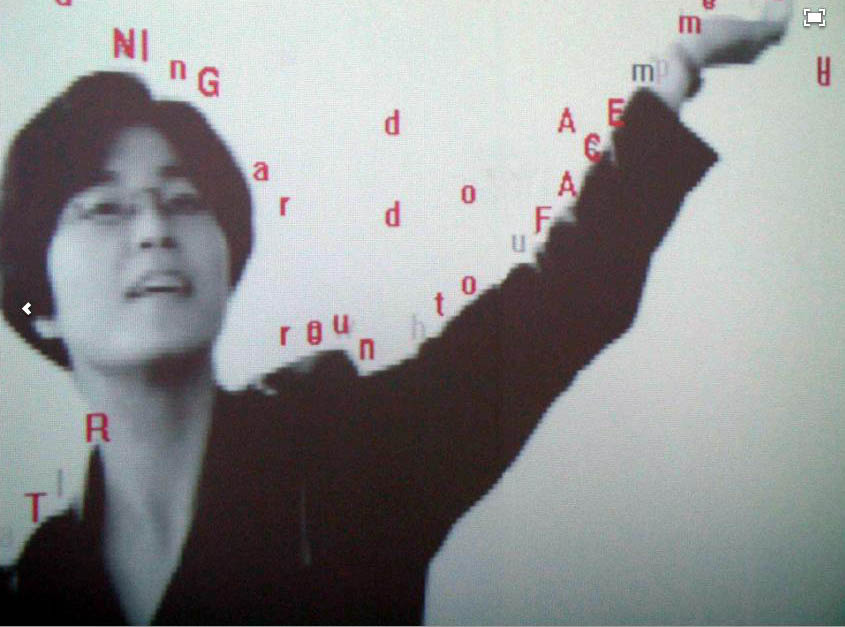 The calligraphic digital projects are connected with other medias. A Generative_Typographie seminar is ed by Forian Jennett and Philipp Pape. Meek Design. and Mark Muller bring the typographic aspects of more general projects. A partner for typographic projects. Sosolimited combines typography with video and possibly music. Ricard-Marxer Piñon works on fonts. Michael Schmitz designs logos.
Kurt Campbell associates them and sculpture. And we include here Kaalam, he does not consider himself digital, but we do not resist to the beauty of his performances and recordings. Nitika Pashenkov, with humor, animates interactive characters in his Alphabot.

Particularly pleasant, we feel, are the poetic interactions of the spectator with rains of letters, by Camille Utterbach and also Robert Cahen. 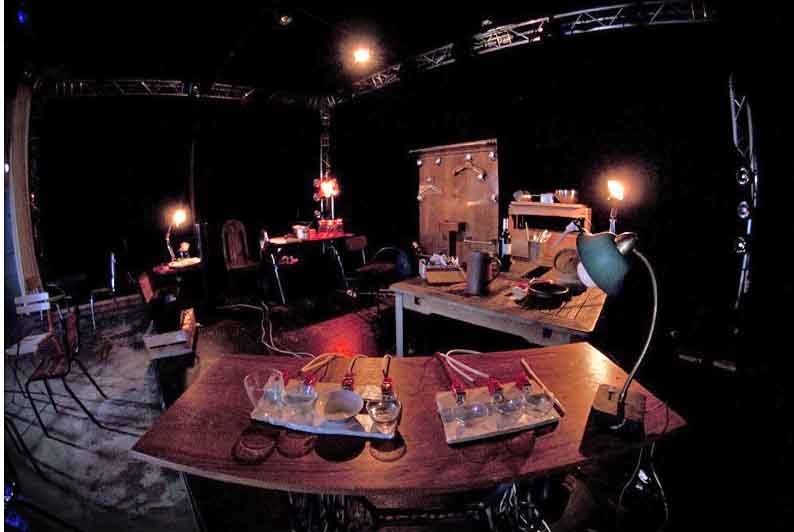 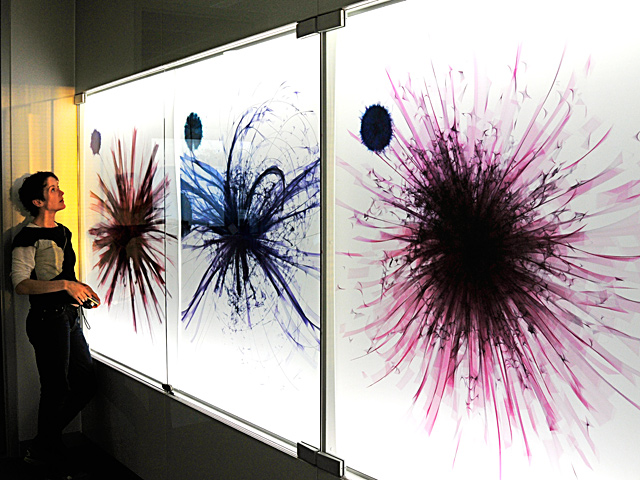 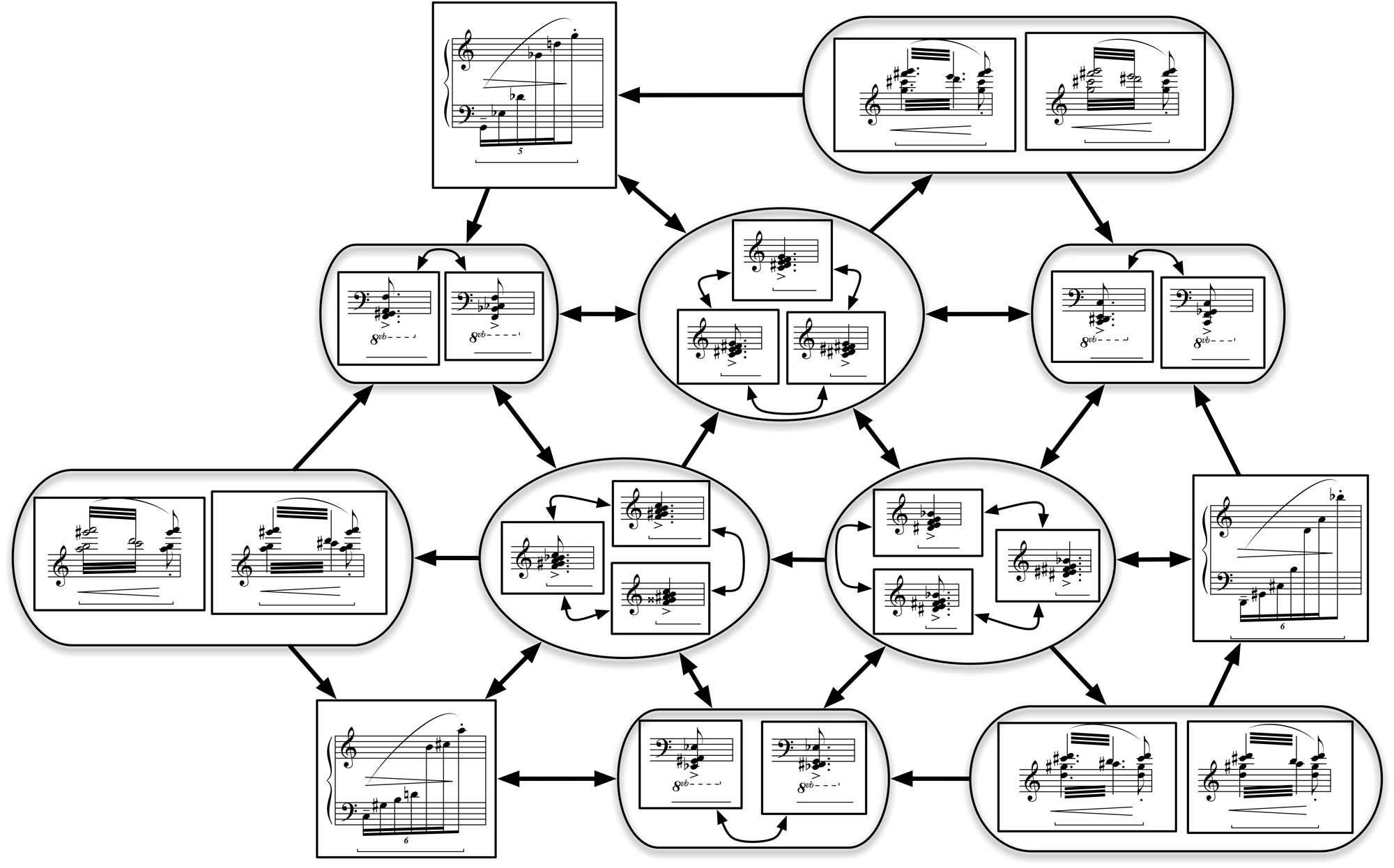 Jason Freeman. A schema in his Opinionator blog, about "Compose your ownf". 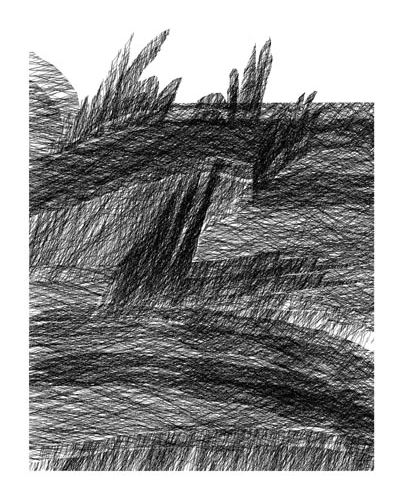 A generative work by Hans Dehlinger 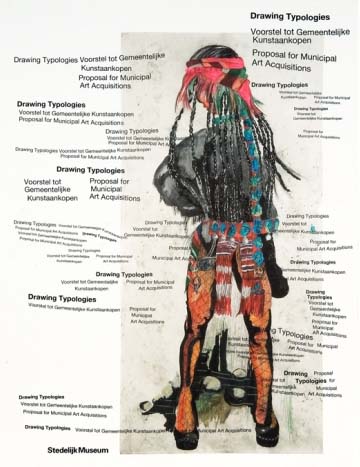 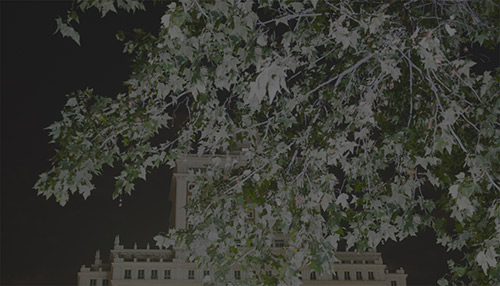 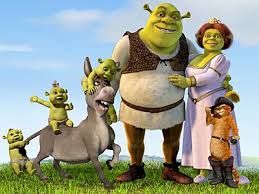 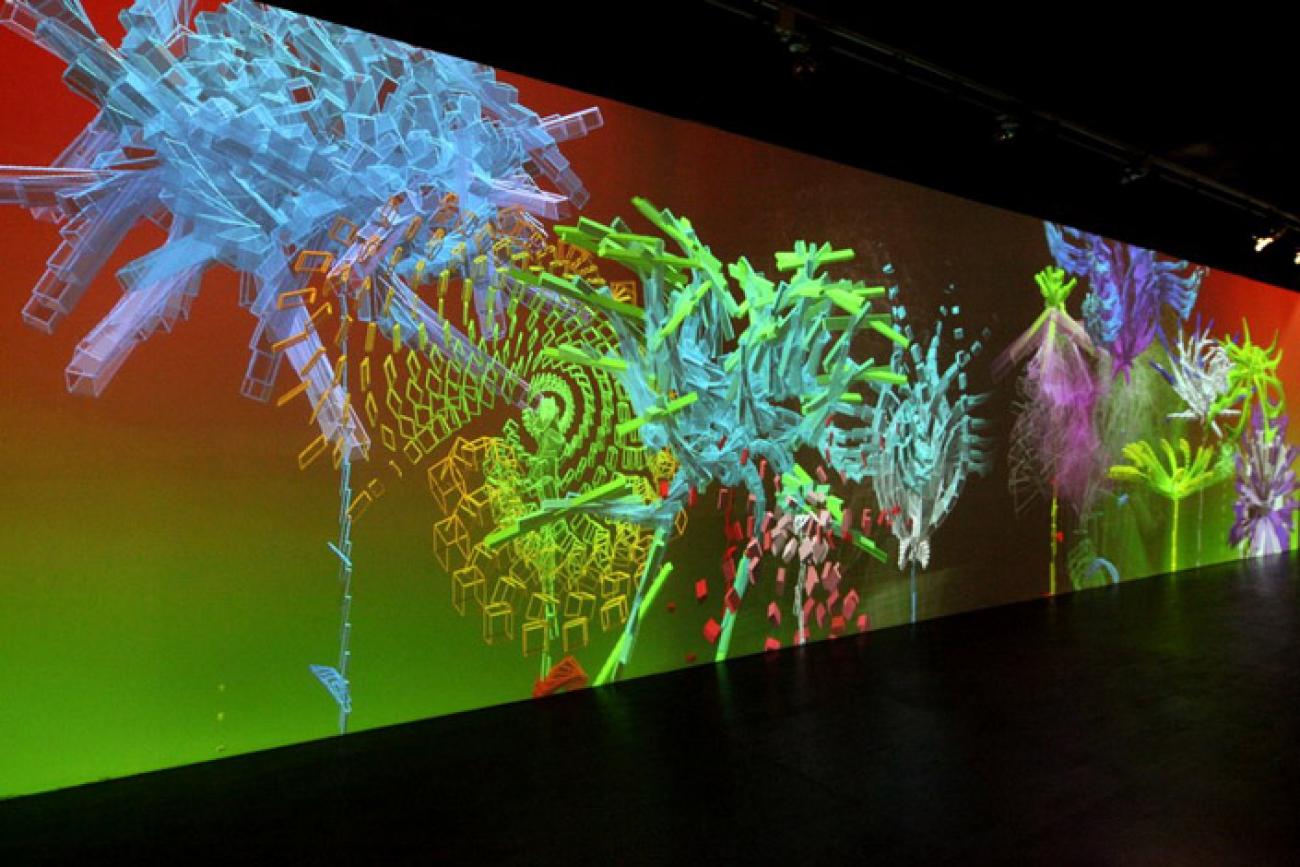 Stéphane Donikian creates a society for stage populating with characters . 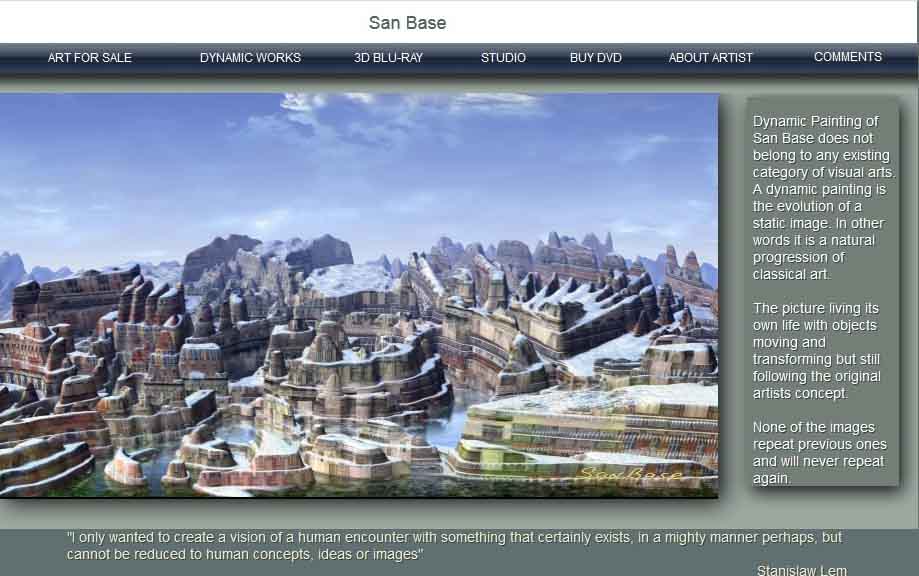 A great in smart behavior had been reached in the precedent decade with the book of Frédéric Kaplan [Kaplan, 2001] about language robotics, using Sony Aibo dogs, and many artists in this "media".
Stéphane Sautour. Fight between Aibo dog.

Many projects are descibed by [Iwamoto]. 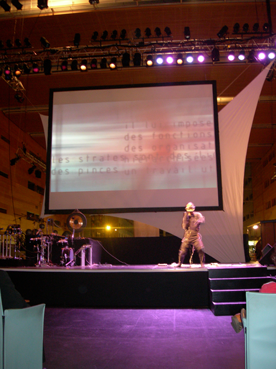 Progress of sensors, used by dancers and choreographers.
A festival opens in Monaco.

Digital technologies are more and more in use, with several aspects: