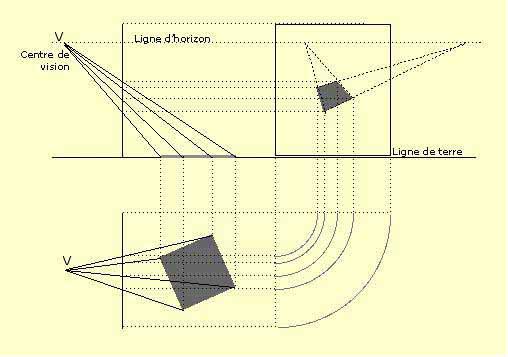 Music storing progression in polyphony, from archaic to classico for choirs and for ochestra (Faust)

Music notation keeps progressin regularly, and, according to [Lehmann], it is this kind of scoring the music that allows the development choral polyphony and more generally of of composition. We can draw a parallel with the later progresses of mathematics due to language innovations by Descartes and Leibniz. (see Michel Serfati, La révolution symbolique - La constitution de l'écriture symbolique mathématique. Petra 2005).

Painting remains in the representational model.

Images also make use of the printing press. Dürer, notably plays deliberately this game at high level (one could compare him to Karajan playing the CD media). That goes with a fragmentation inside the creation process. The direct relation between the author (writer, painter) and the work is now cut, and replaced by a series of steps, with an intermediary "original" (lead types, metal etching), used by an ulterior reproduction process (the press). That anticipates the views of Walter Benjamin. 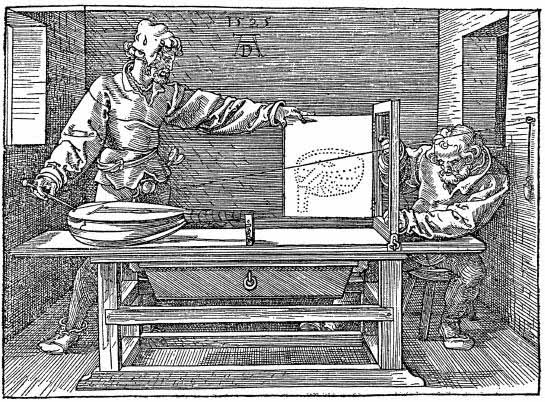 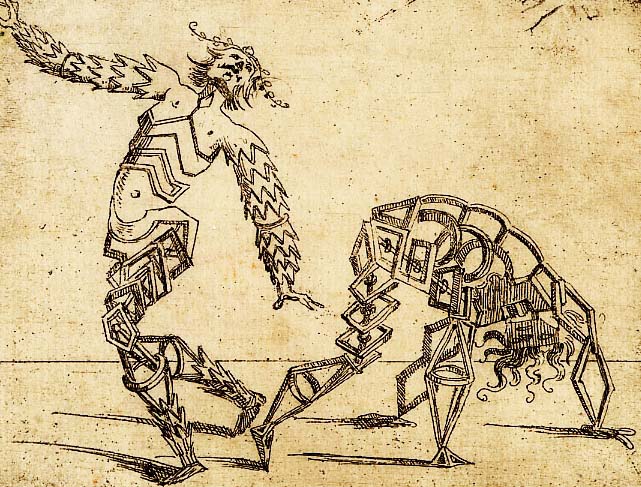