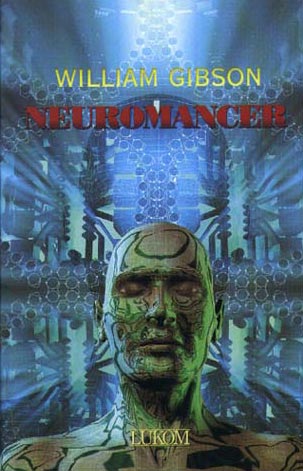 Neuromancer, by William Gibson (1984). The founation of cyberspace.

The period is less ideological an more technological than the 60's. Oil crisis? Maturity of the tools?

Software emerge, provided by the computer manufacturers, but also by specialized firms, and by some artists (Maeda, Leymarie). Some of the latter develop only for themselves, other ones aim to distribute their tools, on a friendly basis.

- 1980. Pac-Man released by Namco
- 1983. Laurie Anderson's United States Part 1 and 2
- 1983-84. Electra, held from December 10, 1983 to February 5, 1984 at Musée d’Art Moderne de la Ville de Paris, Electra is designed by Marie-Odile Briot and Frank Popper (a major theorist of cinetic and new media art), a project funded by Electricité de France. "Electra was designed around two major axes. The first, historical. The second, showing brand new works, electronic or digigal, specially created for the show" (says [Popper 1] p.45, our translation). It afforded to show interactive and networked art works (pre-internet), including La Plissure du Texte by Roy Ascott.
- 1984. The term cyberspace is coined by William Gibson, in his Neuromancer.
- 1984. Plan Image in France, well active in the movement. Unortunately, for lack of sufficient coordination between business and politics, this strong momentum will fall down. TDI (Thomson Digital Image) is sold to an American corporation. And the US leaders break the French ambitions, sometimes with disputable means (see the Risset report). Siggraph France is created, as a French chapter of ACM SIggraph. It will become the present Paris ACM Siggraph.
- 1985. Les immatériaux, held from March 28 to July 15, at Centre Georges Pompidou. Designed by par Jean-François Lyotard, it aimed bo present the post-modern aesthetics and all its facets. Were shown the first "telematic" works and some automated text generators. 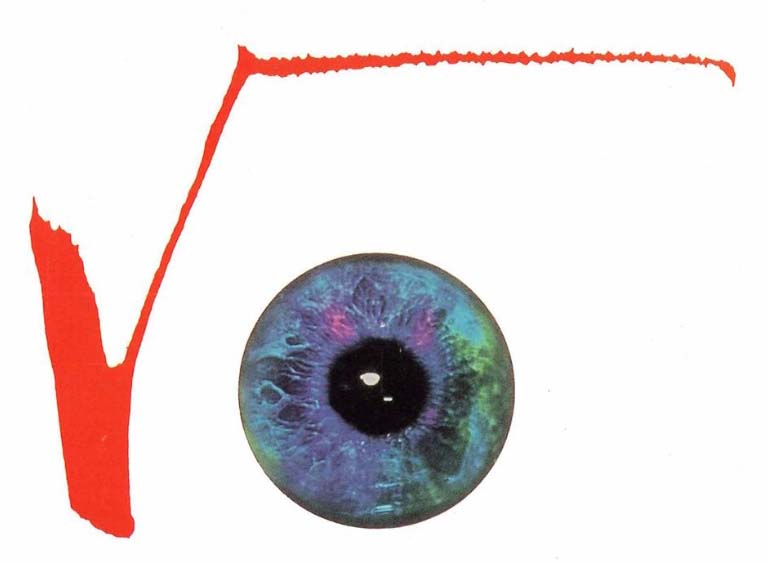 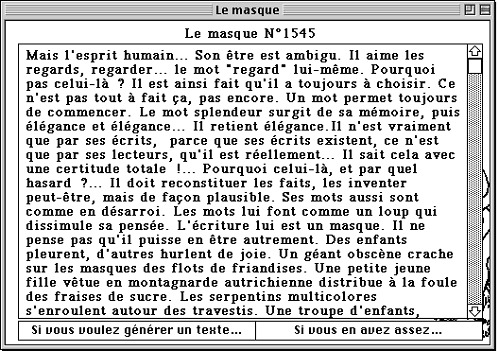 Literature and any kind of writing art is rapidly fond of text processing. First for the original typing, considerably more comfortable and efficient that the typewriter. A question remains unsolved: how far did these tools impact on the style of writers ? One thing is sure : they did not bring new literary genres. Even if the hypertext, then the mails, then the SMS, twitters... extended the toolbox. 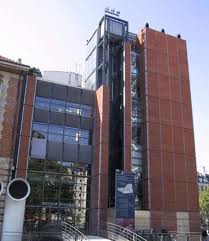 The new technologies begins to impact the whole graphic chain, down to the printing presses themselves. That reduces the costs and increases quality. It is difficult in the 21st century to remember how poor press and publishing in genral were limited int heir presentations: few fonts, time consuming page setting, cost of correctinos. If for instance you open an issue of L'illustration, which was the luxury press all from 1880 (circa) to the 2d world war, the poverty is evident by comparison with even the cheapest of magazines, of which the number and circulation has strongly grown (and will perhaps vanish due to Internet, but they are still alive en 2013). 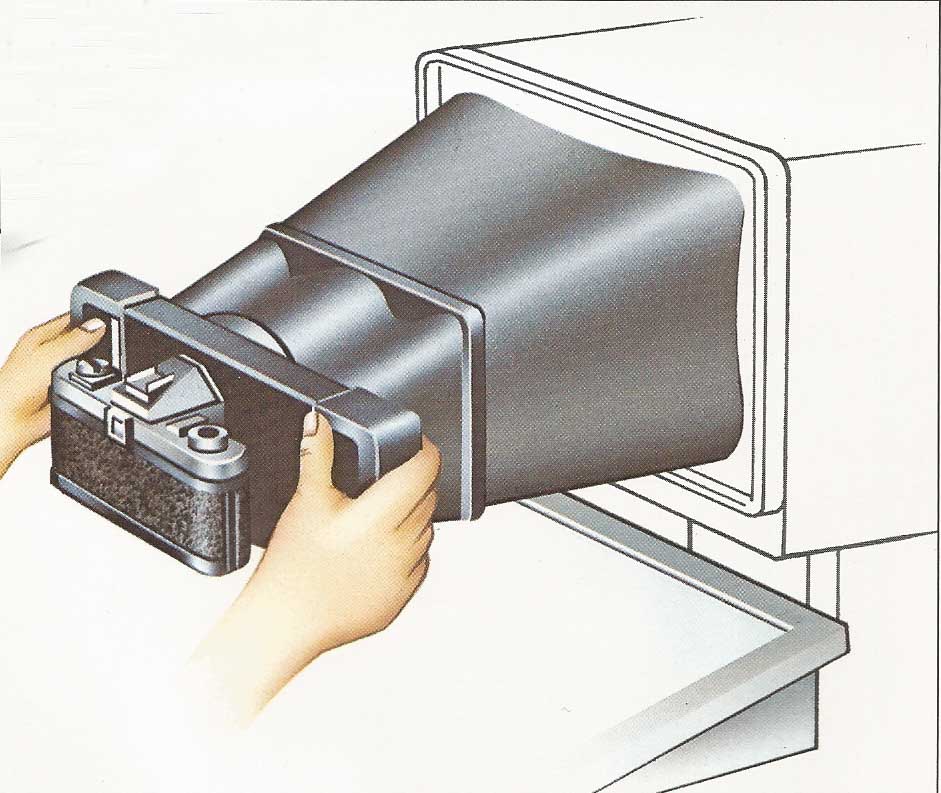 Typically Mark Wilson, during the nineteen seventies, Mark Wilson exhibited paintings and drawings in New York. His work was deeply involved with geometric imagery that had a distinctly technological flavor. In 1980, Wilson purchased a microcomputer and began to learn programming, with the goal of creating artworks.

- In 1984, Victor Acevedo paints his last oil canvas. Afterwards, he will use the computer exclusively.
- In 1986. Andy Warhol uses and Amiga to make portraits of himself and singer Deborah Harry. (Indicated by [Debatty]).
- In 1987. Artists Jennifer Bartlett, Richard Hamilton, David Hockney, Howard Hodgkins, Sidney Nolan and Larry Rivers are invited to use the Quantel Paintbox for BBC 2 TV series Painting with light. (Indicated by [Debatty]) 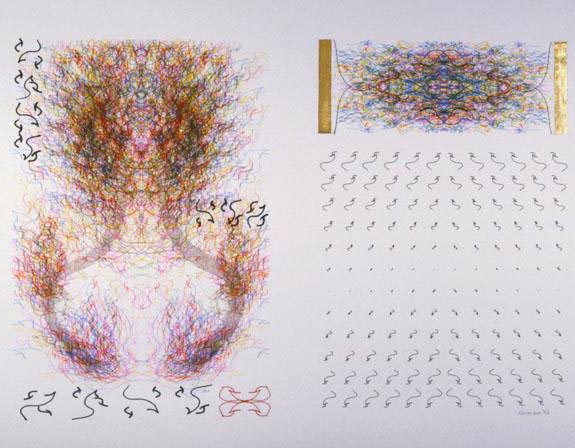 As for music, we can separate a sort of "savant" computer painting, typically the algorists (not all of them adhere to the Jean-Piere Hébert group). Some of them add a little interaction to their works. Let's quote : Victor Acevedo, Mauro Annunziato, Peter Beyls, Paul Lohse, Tony Longson, Dario Perez-Florez, Brian Reffin Smith, Joan Truckenbrod, and Roman Verostko. Yoichiro Kawaguchi is more famed for his animations and animated sculputres. Also Jean-François Lacalmontie, using a software by Alain Longuet.

On the "pop" side, we have illustrators, or more generally artists using the computer mainly as a tool (what we tend to call "Photoshop painting", or "matte painting"): John Campbell, Gehrard Mantz (coming from traditional sculture, going to images and virtual reality), Roberto Matta and Barbara Nessim (illustrator). On the borders or philosophy or psychology, Knotter. 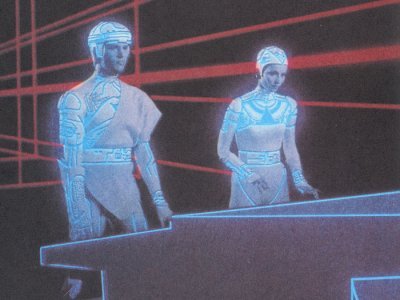 Digital cinema gets out of laboratories and enters even the mainstream market. The decade is marked by Tron (Stephen Lisberger), in 1982, the first full feature film using computer generated images. See echnical commentes in [Masson].

On the same year, about the robots as a dramatic subject, Ridley Scott films Blade Runnerbased on Philip K. Dick novel "Do androids dream of electronic sheep?". 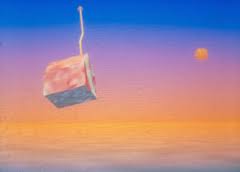 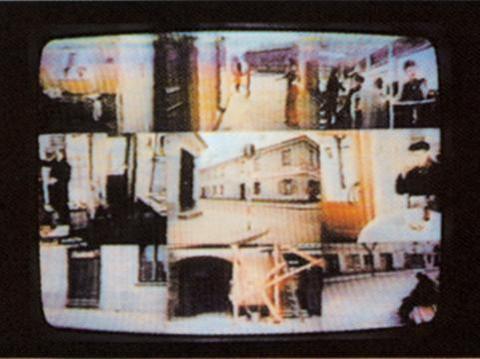 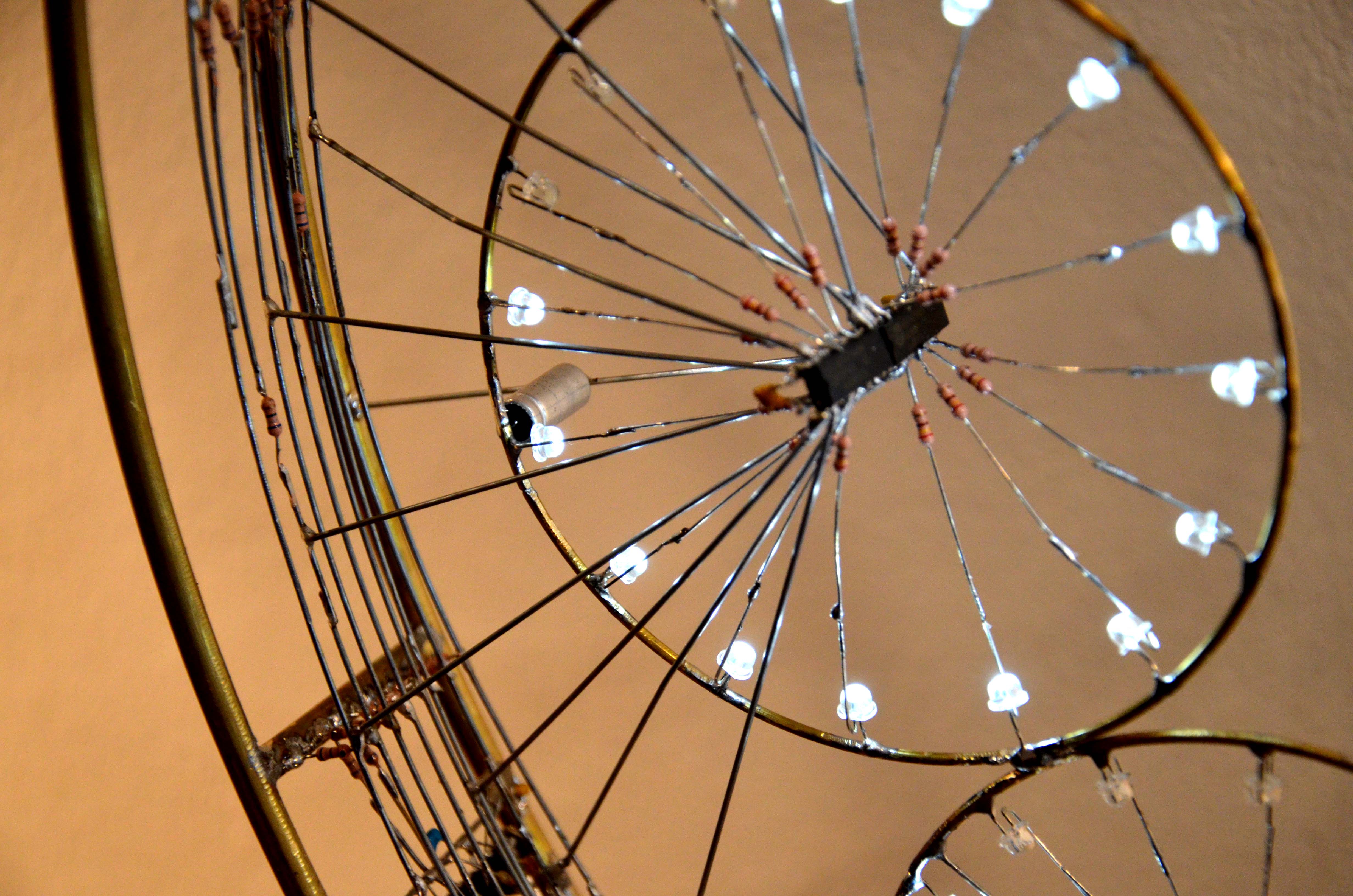 Catia software (see [Lynn, 1992]) affords architect and their studios to design much more complex structures. But essentiallly from an aesthetic of general forms, not from a functional engineering. For instance. Emblematic: Frank Gehry, and his ccomputer collaborator Jim Glymph. Also UNStudio goes on complex structures.

The multimedia and interactive abilities of CD-Rom inspire a lot of artists, of which [Murray, 2008] gives an in depth account. But this creative wave will let bitter regrets, since the software formats are not standardized, and many of these works won't be usable after a decade.

It was a major topic of the 1960's...
Raffaello D'Andrea and Max Dean present robotized objects, for example furniture, calling for interaction with visitors.

About the works of Laurie Anderson, Craig Owens writes: "[her work interrupts"]the fantasy of copresence that links performer and spectator by interposint electronic media between them... While the media litterally magnifiy her presence they also strip it from her. Her work thus exteds and amplifies the feeling of estrangement that overcomes the performer who submits to a mechanical or electronic device: the film actor or recordign artist". [Owens 1992].