Art Basel and Scope will open on june 10. Once again, French Galleries lead the way in digital art, more and more bridging the gap between with the traditional (contemporary) world of art. But, fortunately, they won't be alone on this frontier. The online catalogs give a first idea of the trend. 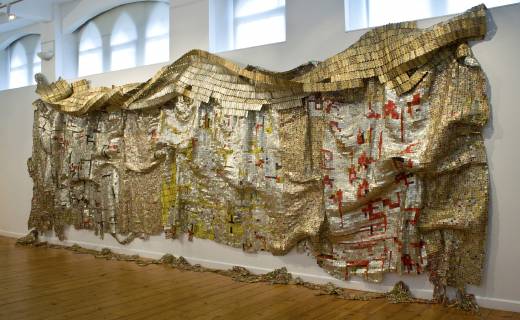 At Scope, Galerie Charlot presents Antoine Schmitt, François Zajega, Thomas Israel and Misha Margolis. A|B|C Contemporary will present (at least represent) Pe-Lang, and Gagliardi the installation La Macchina per Azioni by Michelangelo Castagnotto. . Some pre-digital art, is also present, for example with the neons of Chris Bracey, presented by Scream.

Then we will visit Basel with two questions in mind :

- Will Paris keep its present lead in advanced digital art ? The French capital (*)hosts as well digital art education (Paris-I, Paris-VIII, Ensad, Gobelins...), active public spaces (Cenquatre, Gaité Lyrique, and several around Paris), annual meetings, bold galleries, public support (Cap Digital) and innovative artists. Even the ACM-Siggraph (the international association of graphic arts) has in Paris one of its most active chapters, with living connections with the world of art.

But Belgium and Switzerland are more and more present. New-York is more and more involved. Not only in galleries (Bitform, SGDA...), but also with Art centers like 319 Scholes. This year's Siggraph (see our practical guide to plan your visit to Anaheim this summer) could bring good surprises. But, even more impressive, China is taking off. They don't have presently a lot of digital artists (our index lists 7 names only). But with their financial power, huge market and great ambitions, they could change rapidly the whole landscape. By the way, Some important digital artists, like Jeffrey Shaw (since 2009) and Maurice Benayoun (since 2012) live now in Hong-Kong. Here also, Gobelins (the image school) has held a summer school in 2012. And, last not the least, Art Basel Hong-Kong ! 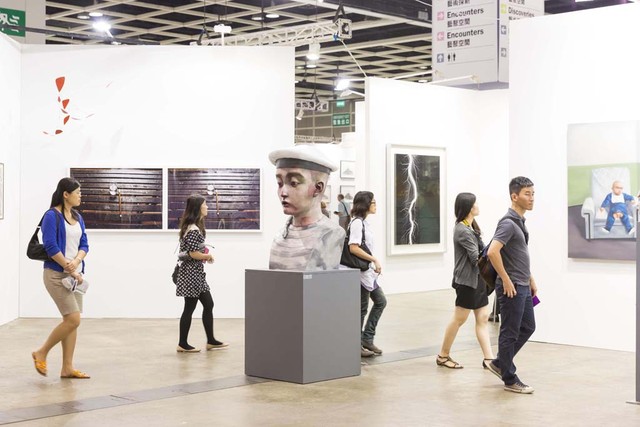 Basel Hong-Kong (Photo by Gareth Jones). Is China the future of digital art ?

- Will the "digital divide" be bridged ? (We take the expression from Pau Waelder in ArtPress2, may-june issue). Computers, up to now, are generally considered as best as a tool and mostly as a treason, in an aesthetic era more inspired by the technophobia of Walter Benjamin than by the avant-gardist positivism of Clement Greenberg. The "digital spring" in Paris and Brussels (*) seems to spread. It heralds a continuum, historical and technical, with what we can call "pre-digital art" : a progression towards more and more complex and autonomous behaviors of the works. Mechanics and electricity came first, analog electronics then digital techniques follow and progress, with the generative art as its spearhead. Over the divide, we could see the frail gangways of today growing up to highways and innervate new and richer worlds of arts. A dream ?

(*) Our recent posts about the "digital spring") :
. Cutlog in New York : fresh air under the French flag.
. Galerie Denise René. The new take off : big hopes, some issues.
. Denise René : the digital spring keeps on !
. Digital Spring in Brussels (up to saturday21, and later, for some shows (Villa Empain, LKFF)
. Le Parc : the second life of cinetic art