Brasilia
- Index of the Brazilian artists presented in diccan.
- Architecture and town planning. 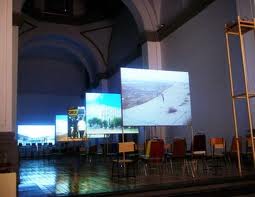 Vancouver has hosted the Siggraph in 2012 , and the satisfaction of participants (and a substantial public support) led to do it again in 2014. This part of Canada, anyway, is not too far from the Californian film Mecca and from Redmond, headquarters of Microsoft. In such a Northern country, art has to be lively. No wonder then if San Base plays the "dynamic painting" and two other famed artists, Char Davies and David Rokeby are interaction specialists.

Vancouver. In 2011, the Convention Centre hosted the Siggraph conference, and will do it again in 2014.

The United States: mainstream and "tactical"

Seen from Paris, the US is synonym with mainstream: enormous budgets, industrial production, aggressive marketing. See Mainstream. Enquête sur cette culture qui plaît à tout le monde (by Frédéric Martel. Flammarion 2010). The work has been criticized, notably for a lack of up to date information. But it remains, as far as we know, the only one on this subject, and a fascinating trip.

The US is, with France, the only nation to combine a concern for worldwide peace and order with national interest. But their views are not universalist in the same sense are the French ones. Compare the human rights declarations of the French revolution with the American independence, the contrast is clear. Nowadays, France constantly calls to international organizations (UNO, International Criminal Court, ecological agreements) and contests for instance the American control of the addresses on Internet. The US asserts shamelessly that they have won the World Wars, including the cold one, and that their independence and World leadership is the best solution, since they are a peaceful and democratic country. Many French people wouldn't say the contrary, remembering the GI landing in 1944 and the fact that SDN as well as UNO were at their birth strongly supported by the American presidents W. Wilson and F.D. Roosevelt.

In digital arts, the annual show, conference and festival of Siggraph remain a basically American event. It belongs to the ACM (Association for Computing Machinery), which is far from closed to international participation at its highest level (The French Alain Chesnais chaired it in 2011-2012). ACM and Siggraph have local chapters in nearly all countries of graphic importance. But the practical power lies in the New-York headquarters, and Siggraph has never left the US soil, with the exception of the nearby Vancouver in 2011 (and 2014). That's quite logical, since Hollywood remains by far the leader in production, and American corporations the leaders in graphic software (with the exception of the French Dassault).

One third of digital artists are American, and as we have said, our figures do not include the thousands of salaried artists in the production corporations.

But not all American artists play the mainstream game. Some even turn the digital tools against the dominant clouds. They are the tactical media, with a major representative group, the Critical Art Ensemble. Is it art? Duchamp like, at least.

- Index of the American artists presented in diccan.

Colombus (Ohio)
- Art and Technology Program, Ohio State
- Werner Center for the Arts (architecture). "The geometrical conflict is typical of the deconstructionnist period of postmodernism" [Picon] p. 63 (our translation).

Minneapolis (Minnesota)
- Walker Art Center. In 2000, its New Media initiative was headed by Steve Dietz.
- Eyeo festival.
- Spark festival
- Professional chapter of the 'ACM Siggraph
- The University of Minnesota is very active about new medias (liberal orientation), with several important titles in the catalog of its Publishing corporation. 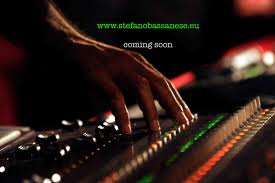 - Cutlog, a French event colocated with Frieze. Ourpost : in New York: fresh air under the French flag (2013).
. GSAPP Graduate School of Architecture, Planning, and Preservation. Among other artists: Laura Kurgan, visualisation of stock and capital moves.
- Rhizome. An arts center. Founded in 1996 by Mark Tribe.
- Professional chapter of l'ACM Siggraph.
- Printed Matters (on Tenth Av.), a bookshop specialized in Artist's books.
- Some digital works in Guggenheim museum.
- Some digital works in the Moma. See the guide: Highlights since 1980. 250 Works from the Museum of Modern Art. Moma, New York C. 2012.
- (Brooklyn), 319 Scholes , a center of arts, sometimes engaged in digital art.

San Francisco (California)
- Zero1 Biennal.
- San Francisco Art Institute". In 1995 "I was amazed that there was a school where I could do both traditional fine art, as well as work on computers." writes Trina Chow.
- Arse Electronica Festival (about sex and technology).
- Exploratorium.
- The Lab
- Gaffta. Gray Area Foundation for the Arts.

Venice (California). Slavin House, home of the architect Greg Lynn. Technical description in [Burry]: "The house conforms to a model with two cotangent arcs and linear segments which, in spite of their dimensions and changing curvature, remain contiguous and tangent in the process".