In 2013, nearly 70 years after the birth of first computers, it is difficult to imagine that, on that time, English, German and (a little less) French engineers laid the bases of computer science and industry. The war, then the aggressive marketing of American firms (IBM, mainly) with European divisions and errors to oust of the game major players like ICL (UK), Bull (France), Siemens (Germany), Philips (Netherlands) and Olivetti (Italy). That has not been without consequence on art, as appears in our historical figures (see below).

- The European Media Art Network offers residencies for Media Artists in the fields of digital media, including Internet and computer-based artists, filmmakers, and those working in media based performance, sound, or video. Artists with European residence, or a European passport, can apply for a two-months long residency at one of the following institutions:
- Impakt , Utrecht, Netherlands
- Bandits Mages, Bourges, France
- Fact, Liverpool, United Kingdom
- HeK (House of Electronic Arts), Basel, Switzerland http://www.hek.ch
- Werkleitz Centre for Media Arts in Halle, Germany
Students are not permitted, but young artists are encouraged to apply. However, there is no age limit!

- Interview of Plastikman in A Nous Paris, 12/20/2010 (our translation):
. May American people see Europe as a freer creation field. Is it your feeling?
. Yes. That counted in my decision to live in Berlin. In the US, to progress, you need the support of radio stations, and your work quickly becoms a product. The Europeans have always found a better balance between culture, way of life and art. Specially in Germany and France, where you find a long tradition of openness and support to non-popular works. 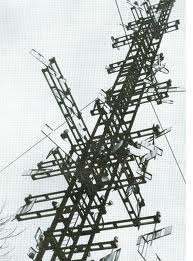 - The cybernetic tower, by Nicolas Schoefer, was an important testimony of early digital arts. Postmodern architecture and multimedia were widely present.

Forget Mozart and the Blue Danube! Klimt and Schonberg have broken the sweet mirror and to day Kurt Hentschlager and Ulf Langheinrich Ulf will use any means to destabilize you. Don't forget that Ars Electronica has been for years an important digital world event. But it's also an Austrian thinker and leader, Johannes Grenzfurthner, who leads the hacking label monocrhom and (in San Francisco, CA), the Arse Electronica festival about sex and technology.

- Index of the Austrian digital artists presented in diccan.

Liege has demolished its famed tower due to Nicolas Schöfer. But Brussels has its part in the 2013 digital spring, with the Imal research center, the LKFF gallery and Villa Empain, with an annual rendezvous at Art Brussels and Slick. Dance is not forgotten with Florence Corin and the journal Nouvelles de Danse, strongly oriented towards digital interaction.
Among the most famed Belgian artists, we can quote Peter Beyls, Thom Demeyer, Thomas Israel and Van-Tongerloo.

Ans. At Fort de Loncin "an immersive scenography, peer to the tragic history of the place" (Annick Hémery, in Sonovision 5/2011).
Biddinghuizen. Salle 4D at Wallabi park. 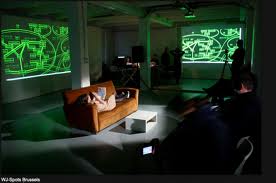 Helsinki (Finland).
- Pixelache festival. A note (and an article of 4 pages by Dominique Moulon in MCD June-July-August 2011).
- Professional chapter of ACM Siggraph.

Music is the domain where Germany has played the major role in the predigital era. The well-tempered harpsichord of J.S. Bach and the Gesamtkunstwerk of Richard Wagner are top forerunners of digital art, transmedia included. Herbert Von Karajan is also deemed to have been the first to foresee the power of CD-Roms.
Berlin is in the 2010's the world center of techno music.
Today, Henke Robert breaks new ground in generative music.

For painting, among digital German artists, we can quote Hans Dehlinger, Frieder Nake and Georg Nees. Robotics is used by Matthias Gommel and multimedia by Knowbotic Research. Advanced interactive dance is developed by the Palindrome_Inter-media_Performance_Group . In movies, German students have frequently awards in Siggraph.

One may ask why such a great nation, with its traditional strong engagement in art as well as in science and logic, does not do more in digital art. There are historical reasons. Up to the 1930's, Germany was an important leader, not only in music but also in plastic arts with the multi-talented Bauhaus. The Nazi regime made many artist flee off, and notably contributed to the rise of American art. After the war, reconstruction, economic development, cold war then re-unification were more important aims than art development. Would it be only because Germany is not easily attracting tourists.

- Index of the German digital artists presented in diccan.
- ZKM, Transmediale, Ikeda and Bartholl, an analysis by Dominique Moulon.

Augsburg. Festival Lag.30
Bayreuth. It was not yet digital, but Wagner made a breakthrough in formalization and multimedia with "Gesamtkunst".

Berlin. Festivals: Netaudio
- Societe. An exhibition space launched in 2016 by Lab(au)
- Transmediale/CTM.12. A note on 2011 by Dominique Moulon.
. A general note by Dominique Moulon. Alson on his website.
. The SAP Corporate building is a "reactive building", following the project The Hidden World of Voice and Noise by Golan Levin and Zach Lieberman (who constituted, on that time, around 1990) the Ars Electronic Futureland group.

Hambourg
- Elba philharmonia (architecture).
- Miniature train models of the Braun brothers, in the Wunderland: 700 trains, 1800 square meters, large computerized control room.
Heilbronn. Astronomical clock.
Worms. The Niebelungen museum had a permanent cave installation about the Niebelungen legend, due to Olivier Auber. This work has been removed.

With the cooperation of Valentina Peri.

- Not only an immense historical patrimony (Vitruvius...) but also the most up to date design! Historically we should tend to say (to be checked) that digital art had a quite good time in Italy during the 1960's, due to the strong cultural involvment of Olivetti, as shown by the creation of Gruppo N and Gruppo T. We can suggest also a sort of "Adriatic" community, with a then united Yugoslavia, and the formation of groups like Nove Tendencje. All that disappeared with the universal domination of American computer manufacturers, and the worldwide loss of excitement from computers and cybernetics. But some dynamism kept going, for instance around Arte Generativo or a Siggraph chapter in Milano.

- Index of the Italian digital artists presented by diccan.

Ivrea
- The city of Olivetti, who was an important mechanical then electronic computers.
- Interaction_Design_Institute Interaction design Institute, The Arduino control card was developed here. Now closed, but the cards are still produced in the Olivetti factories in Ivrea

Milano
- Generative Art (Arte generativo), annual conference. Website. All the papers presented from 1998 to 2012 are online.
- Milano in digitale. An art center.
- Kernel Festival, in Desio.
- Hotel Exedra Boscolo (5 stars). "The spa is nothing else than a pure marvel of design and quasi-spatial decoration. The services are on peer, but atmosphere and permanent light play make it a surprising UFO... They had to dare the intergalactic spa. It is real. And it is in Milano". (Christian Moguérou in La Parisienne, Nov. 2010. Our translation).

Torino. See Ivrea (above) , a nearby city.
- Share festival.
- Evomusart "European Event on Evolutionary and Biologically Inspired Music, Sound, Art and Design".
- Some consider than the Turin Shroud is a sort of forerunner of chemical reproduction.

Venice
- The Biennal is not digital oriented, but the 2013 edition has made some investment on the theme. See a note in Media Art Design, by Dominique Moulon. See his reports about 2013 session, 2011 session/
- Toolkit Festival. Interactive art.

- Index of the Dutch artists presented in diccan.

- Index of the Spanish digital artists presented in diccan.

Switzerland: arts of the clock

Famed for its precision mechanics, Switzerland has not failed to transfer its specialty into arts. In the predigital era, the Jacquet-Droz automata and Jean Tinguely derisive (and sometimes generative) contraptions remain historical stages. Today, Zimoun uses "prepared motors" for many different effects, and Hanspeter Kyburz builds generative music.

- Zurich is another major pole, since the town was a refuge for many German people in the 19th and 20th centuries. The Dada group was born here also. Markus Gross and teams at ETH push solid research in digital arts in a very open way, as has shown the conference they organized in 2007: Transdisciplinary Digital Art (in cooperation with Victoria, Canada; proceedings edited by Randy Adams, Steve Gibson and Stefan Müller).
- Index of the Swiss artists presented in diccan.

Basel
- Shift festival
- HeK (House of Electronic Arts), an arts center.
- Tinguely Museum. And a Tinguely fountain in the city (came controlled, we are in the pre-digital era).
- Art Basel and colocated salons.

Bern
- Astronomical clock. Zytlogge.
- Klee foundation, for the collections but also for the architecture.


Luzern
- Theater (architecture par Jean Nouvel) on the border of the lake.
- Transportation museum (The younger will love the rail train simulator and a gigantic marshaling yard dummy).
- Richard Wagner museum, in his Tribschen villa. 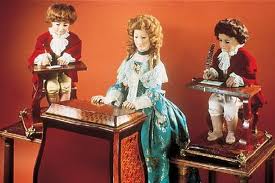 - Souvenir of the Cabaret Voltaire, where the Dada movement was borne.
- A Tinguely's machine is permanently installed in the large park along the lake.

The UK holds strong positions, and a generative orientation:
- in music, The-Beatles played a major role in the use of new technologies; then Brian Eno or the Archive group have the ship going,
- in painting, Sue Gollifer, in games of light Helen Evans,
- in cinema, Peter Greenaway,
- in animation, William Latham in the 1980's and later Geoff Cox give life to generative techniques,
- in robotics, Rob Myers or Patrick Tresset,
- important tools have been offered by Frédéric-Fol Leymarie then by Simon Colton, Karsten Schmidt.

London, with the auctioneer Christies, the Tate Modern gallery is an important hub for digital art. 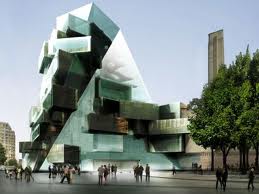 - Tate Modern. A large collection of contemporary art. In 2003, The Weather Project, by Olafur Eliasson. Comments in [Quaranta] p. 21.
- Design museum, and its Web Wizards project.
- Festival Netaudio.
- Backspace.
- The Arts Catalyst
- Furtherfield arts center.
- Museum of London. A large LED wall by The Light Surgeons.
- At the University of London, The Goldsmith Institute gives hand on education to computer graphics (notably drawing).

Athens (Greece). Parthenon. More digital than you would think.
- Quoted in [Berger-Lioret] p. 15.

Hostebro (Danemark). Cybernetic sculpture, lasers Chaos Temple (make sure that it is operational when you come).