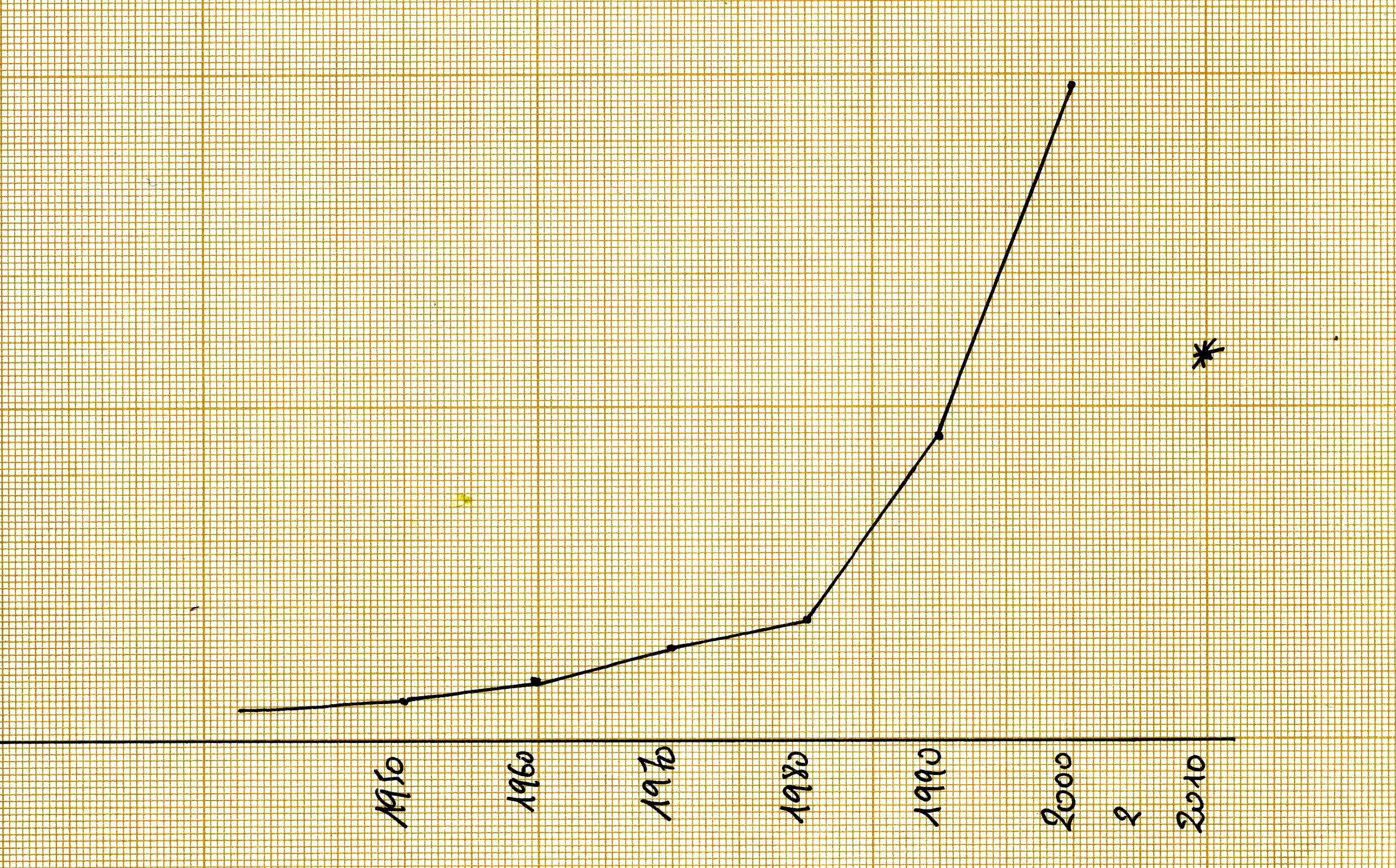 From the 20th century on, the number of diital artists grows exponentially : sensibly a doubling every decade, excluding the war decades.
But the arrival of micro-computers marks a more important jump in 1990.
For the 2010's, we have listed only some 600artists. That would let expect a form of stabilization... and induces to read our figures with prudence/ See more analysis in Stats 2017 page.

Prehistory and antiquity, from the origins to 476. The pre-digital bases.
Middle Ages, 476 - 1492. Attempts to digitization and automation.
Renaissance, 1492-1600. Mathematics...
The Classics, 1600 - 1789. Lights, numbers, random.
Industrial Age. Records (image, sound, movement) and networks.
1930's. Electronics, abstraction, mass media
1940-50's. Emergence of the true digital art.
1960's, Experiments with electronics and computers.
1970's. From explorers to pioneers.
1980's. The exponential takes off with microcomputers and Internet.
1990's. Everything becomes digital.
2000's. The stress on quality and distribution. Generative and Interactive.
2010's, Digital art spring or final dilution?
The future. Some tentative projections (presently in French).

The grand narration of digital art

From digital art as a wonder (Harold Cohen,)...

This part of diccan is mainly based on a global presentation of artists at a given period, according to the date of their first known (by us) digital work.

We present a list of artists for each period. On each artist, a link leads to their item in the dictionary and hence to specific notices or external sources.

To avoid a subjective periodization, we have chosen, from the 1930's on, to work by calendar decades. We have adopted similarly the same presentation for the technologies as the digital context of art 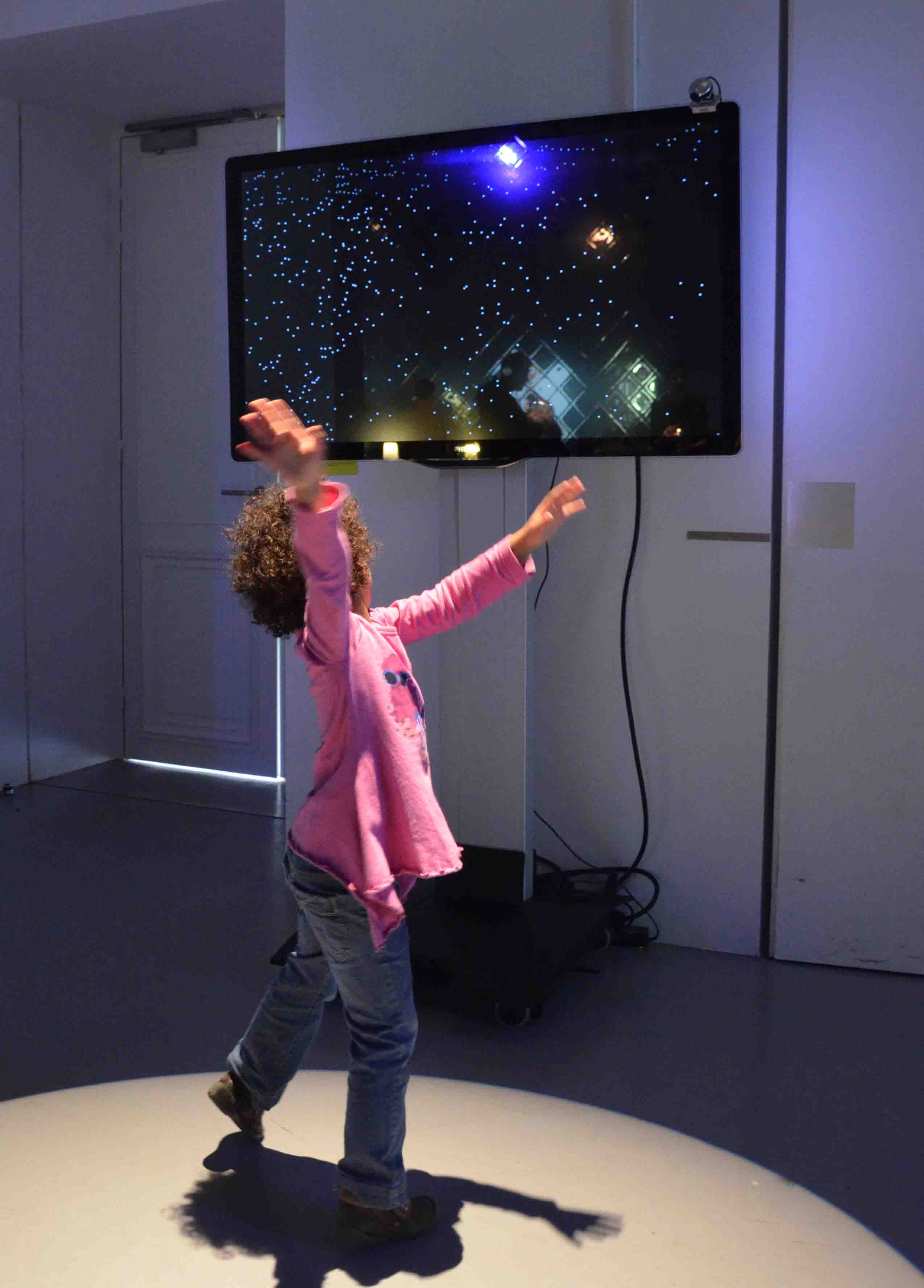 ... to digital art as a natural playground (Verlinde).

Up to the creation of the modern computer, in the 1940-1050's, no art can be properly digital. But several technological and conceptual advances prepare it, and deserve to be taken into account by any historian of the field. From this origin, different periodizations can be built, according for instance to:
- technology advances (e.g. mainframes, mini-computers and stations, micro-computers, laptops, smartphones, tablets),
- ideological environments (e.g. avant-gardes, modern, post-modern... altermodern and why not transhumanism).

Our personal trend is a grand narration taking to look at the world history from big-bang to the future as a comparatively regular growth in complexity, something like a generalized Moore's law (see our notes, in French). Others can on the contrary insist on the fundamental impossibility of progress in art and the universality of human nature, computers being no more than tools...

History of Computer Art, by Thomas Dreher.
It is particularly interesting for its large documentation and picture collection on the origins of video and games but also about hypertext. Useful for historians and scientists since it gives a lot of annotations on bibliograhy and other sources.
Main chapters :
- Cybernetics
- Information aesthetics
- Image in Motion
- Reactive Installations and Virtual Reality
- Net Art : Networks, Participation, Hypertext
- Games