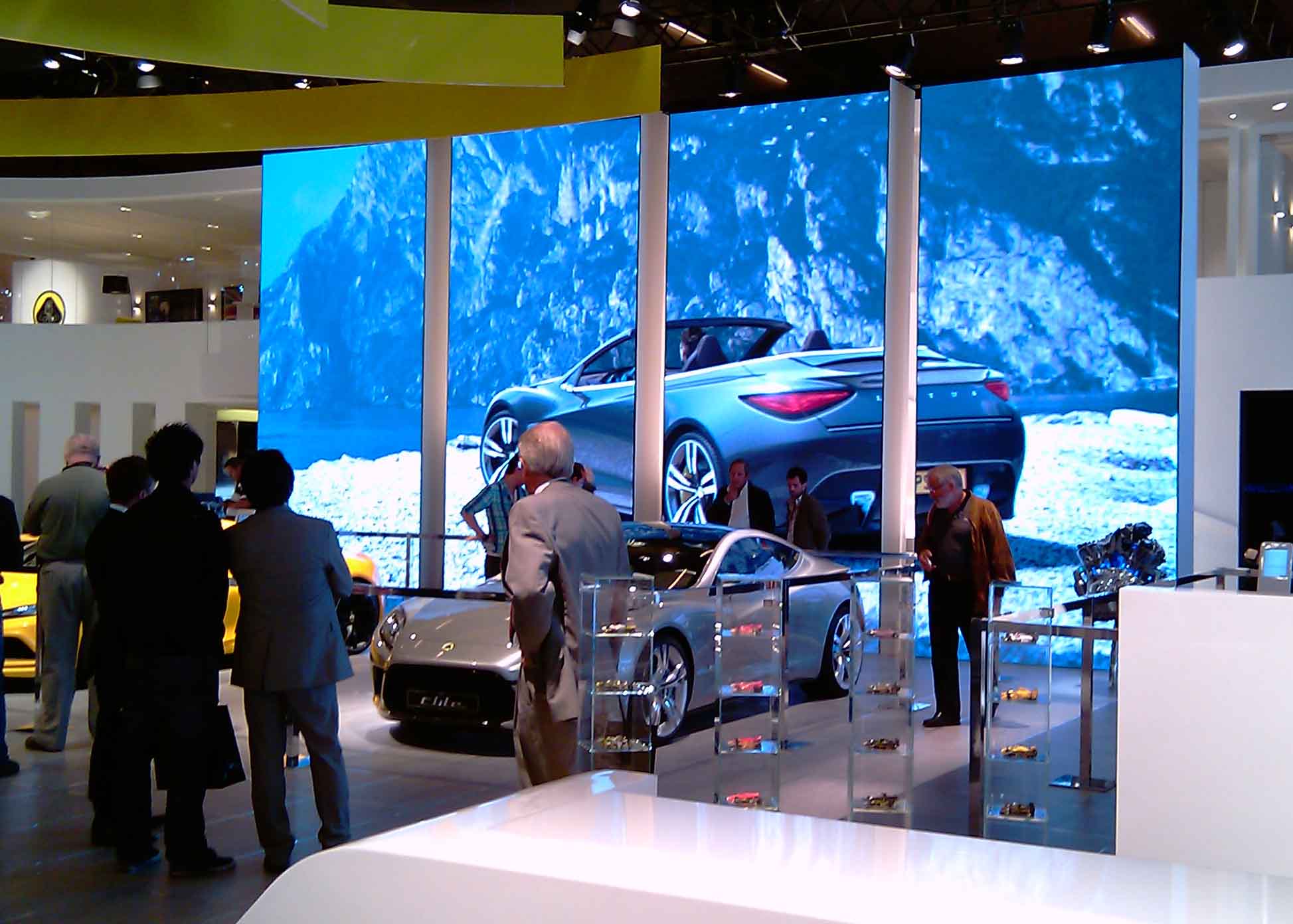 LED art is a form of light art. .Wikipedia. We can distinguish three very different ways of using LED's:
- matrices of LEDs, used as a new kind of screen, with comparatively low resolution, but with visibily in open air even by sunny days,
- clouds of LEDS, allowing original forms, like flowers
- disposition of a comparatively low number of LED's, but with sophisticated animation.

Then we present some general notes on LED's

An example in Maisons-Laffitte, for 2011 Christmas, the Ledoux bread shop presented a spectacular LED scultpure. They did'nt disclos the author. Surfing in Google let us find similairties with Blachere Illumination productions. 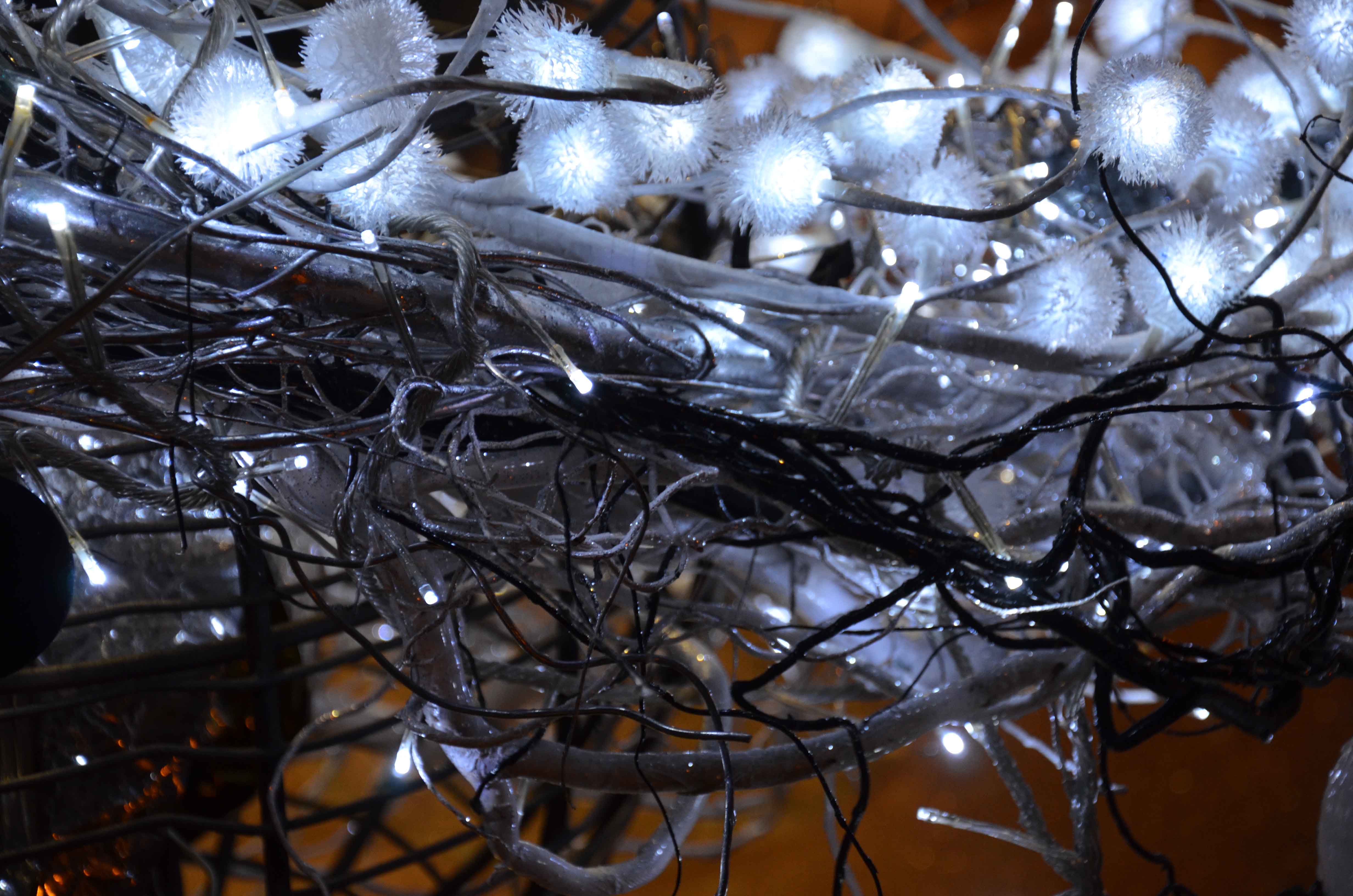 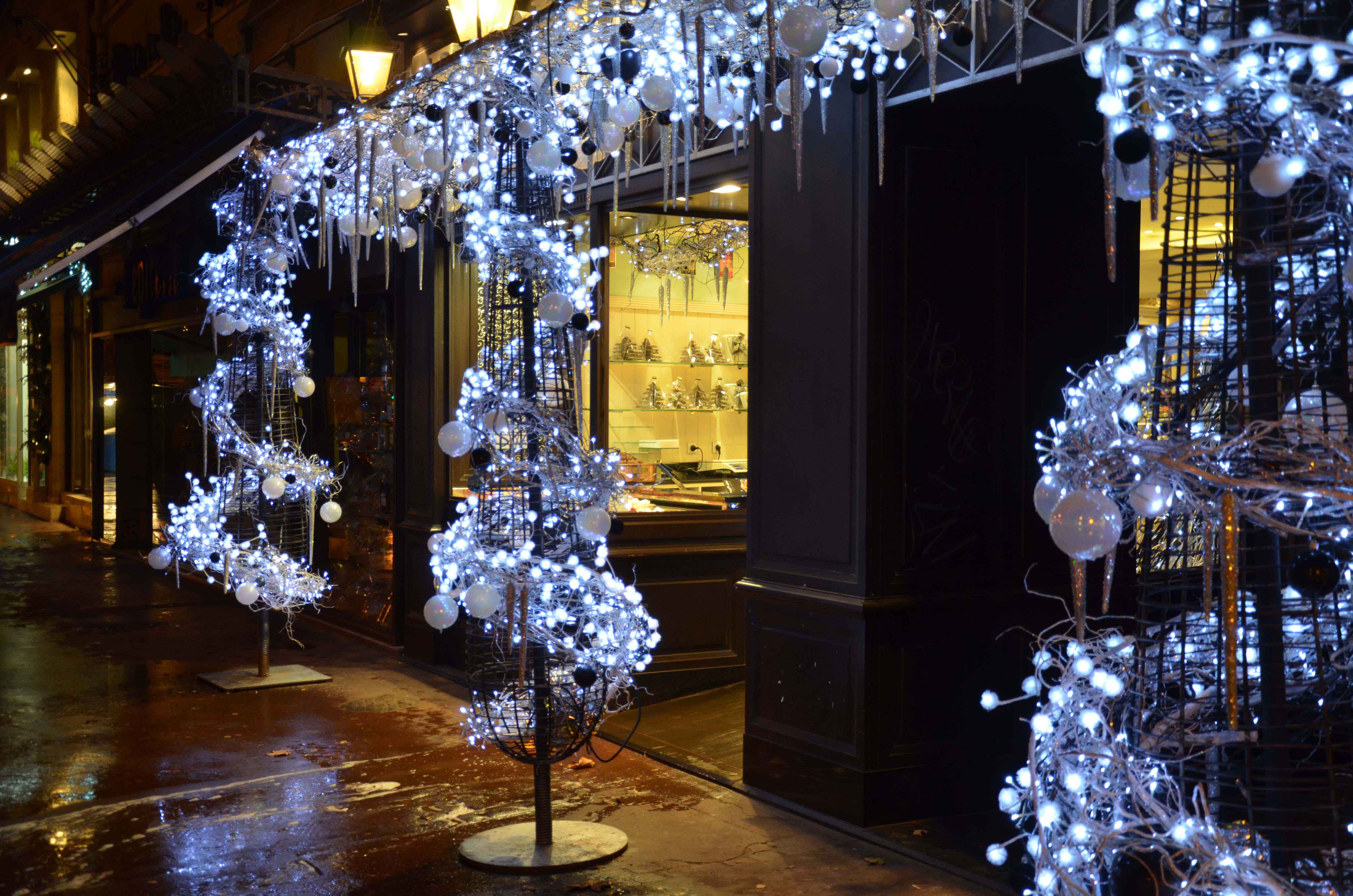 - Alain Le Boucher, LED's integrated in computerized sculptures made of electronic components and wire.
- Rémi Brun. You see only the lights.
- Gordijn Lonneke. and Nauta Ralph (Drift Studio) Lights, not LED similar to Le Boucher
- Milène Guermont. LED in concrete.
- A work in 3 dimensions, Nova, by 'ETH Zurich, of which an example is hung in the central station hall of Zurich Banhof. See description in [Adams]
- A LED controlled experimental work of art (2009), without evolutions since then.

- Wikipedia.
- Oleds (organic light-emitting diodes, see Wikipedia) open new possibilities.
- Clouds integrated into architecture, as in Melbourne's stadium (see Philip Cox).
- LEDs can be switched at very high frequencies.
- A group of 3 LED's (RGB) provides color.
- Beware your eyes! An Anses report indicates that LED lighting may be dangerous.
- "Flexible" LEDs could be implanted under the skin (indicated by ACM Technews, 10/21/2010).
- Dipline proposes panels for home decoration, not properly "art"
- Expérience about retinian remanency with water drops lighted in stroboscopy by LED.
- A 4 pages articles about Color Kinetics, a dedicated susbsidiary of Philips, in Sonomag, Oct. 2010. Some extracts (our translation): . in Las Vegas, we have a 250x20m installation... that amounts to 5 miles or products... to follow our customers on long durations, the system must be perennial and maintained to reassure the customer... lighten the borderline between USA and Mesico! This line is yet lighted, but the heath dissipation of heat by convenational bulbs weaken the bullet-safe glasses which protect them.
- LEDs can also be used as sensors, according to Make, with a video demonstration oncs.nyu.