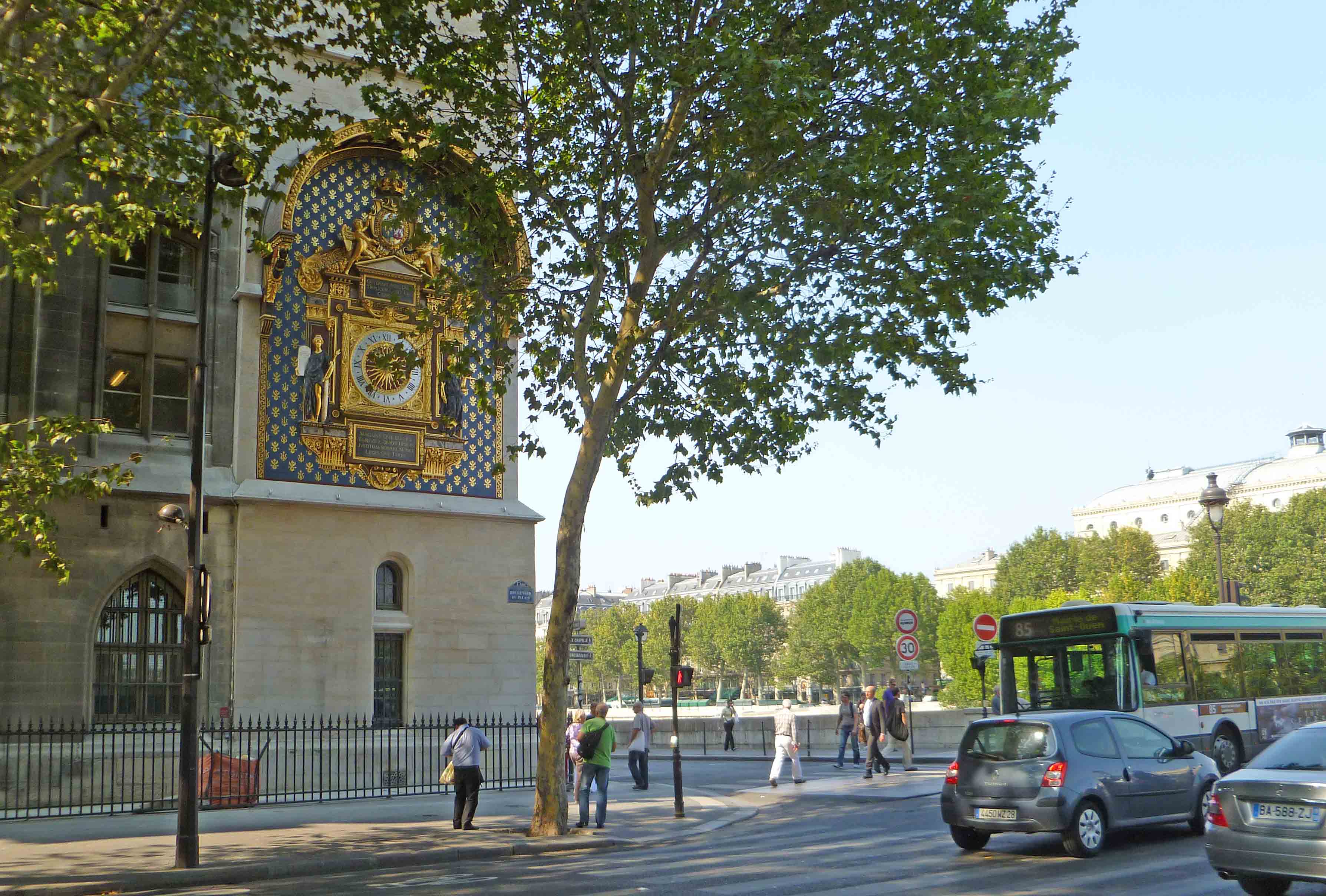 Time has been digital... from the Middle-Ages. This clock was built in Paris, 1370. See history.

Three beings (or groups) bring their time characteristics in the world of art: the author, the public, and the work itself if it is not still. The problems are of course quite different according to the different categories of arts, from the still paintings to music and transmedia.

For the three categories, we can distinguish several time levels, which will structure our text:
- 1. Very short levels, inferior to the durations perceived by the human beings (actors and spectators);
- 2. Short levels, around 1 Hz, corresponding in music to the tempo, in which the instrument rhythms and the human heart beat are resonating;
- 3. Structural levels, between the different parts of a work : film cuts, music "movements", successive acts of a theater piece; with a hierarchy of levels, adding to the global duration of a performance; to this may be compared the time during which a museum visitor stays in front of a painting or sculpture;
- 4. Long levels, corresponding to the human life cycles, from the day to the full life cycle; that has some equivalence in the wear and tear of machines and also their obsolescence;
- 5. Very long levels, with the evolution of techniques and society, and the perenniality issue or the works.

Before entering each level, some notes.

1. In a digital environment, time may be taken just as another dimension. Of course, this dimension has specific features, mainly irreversibility, if we want to remain credible as a representation of real actions. The paper helped it, with musical scores, storyboards or choreographic documents. The computer makes it a standard practice. The screen affords a linear presentation of time in tools such as sequencers (or sophisticated composition tols such as developed at Ircam), video-films editors or stage light planning tool like WhiteCat.

2. Digital tools make possible or easier the transition for one level to another one. Any live performance, temporary by definition, can enter the long time life by recording. And permanent stock of works can be transformed into flows by streaming.

1. Very short times: the bits are masked upon

There are two "shortest levels" of fragmentation: nature physics of the quanta, and bits.

The progressive digitization of time cycles.

As for time, the bit lower level is he clock rate of the processor. The clock is the heart of all digital non-static devices. It is the result of a long evolution of time fragmentation. Antiquity invented the wheel, and began the fragmentation of its circumference to use it as a motor. Middle-ages invented the pendulum clock, with its escapement gear. 20th century brought the electronic oscillator, which can be designed to give a square signal.

It is such an oscillator, precision in frequency given by quarz, which is the basic motor of processors. The processor operates as a succession of cycles, and that open the way to "finite state" automata, with their characteristic recursive formula, E = f(I,E). E is the state after one cycle. The "=" sign is not the arithmetical equality but the processing assignment. I is the input (which can be null). f can be considered as the running program, and E as the memory content. But the border is not so simple, as the program is stored in memory, and the function f is partly defined by the hardware.

Nevertheless, in standard conditions of operation, these basic levels are both masked.

For animals and human beings, this masking is done by the neural system which makes us see the world, and time in particular, as continuous. Life functions are combinations of analog and digital functions around the DNA. The neural network also, for instance at the synapse level, uses a conjugation of digital and analog operations. The highly parallel operations of the brains or the retina contribute also to mask the binary aspects.

For the digital machines, the analog aspects of matter are first masked by the digital circuits, specially built do deal digitally (logical functions) with otherwise continuous flows of electrons. But, at the upper levels, the operations system and programming languages let the designer and the programmer, as far as they wish and need it, process real numbers and analog features (pitch, ADSR) with continuous functions. You can read something like real a, b; b = sin(a) ; without having to take care of the underlying bits.

There are cases when the fragmentation at low level cannot be masked to the higher levels, and we perceive "artifacts". For space, it the "aliasing" defects when the pixels become visible. For time, we know mainly the flickering in cinema when the FPS (frames per second) is too low (generally below 24 FPS) or the sampling rate too low (MP3 in music).

In some cases, the limits can come from human slowness. It's a major point in music. One of the main domains of music education is the acquisition of a sufficient "virtuosity" to play the scores at the appropriate tempo.

These issues are generally dealt with as defects that must be fixed (antialiasing for instance) or as a constraint for the artist (virtuosity in music, DJ and VJ). They can also be taken as artistic effects, with trills and vibratos.

From an aesthetic standpoint, the main issue is to find an expression tempo fitting with our bodily response time. It's an important case of aesthetics by resonance (see our Uncanny peak paper, part 6). Musical harmony finds its roots in our internal ear structure. And the choice of a tempo is related to our heart beat. 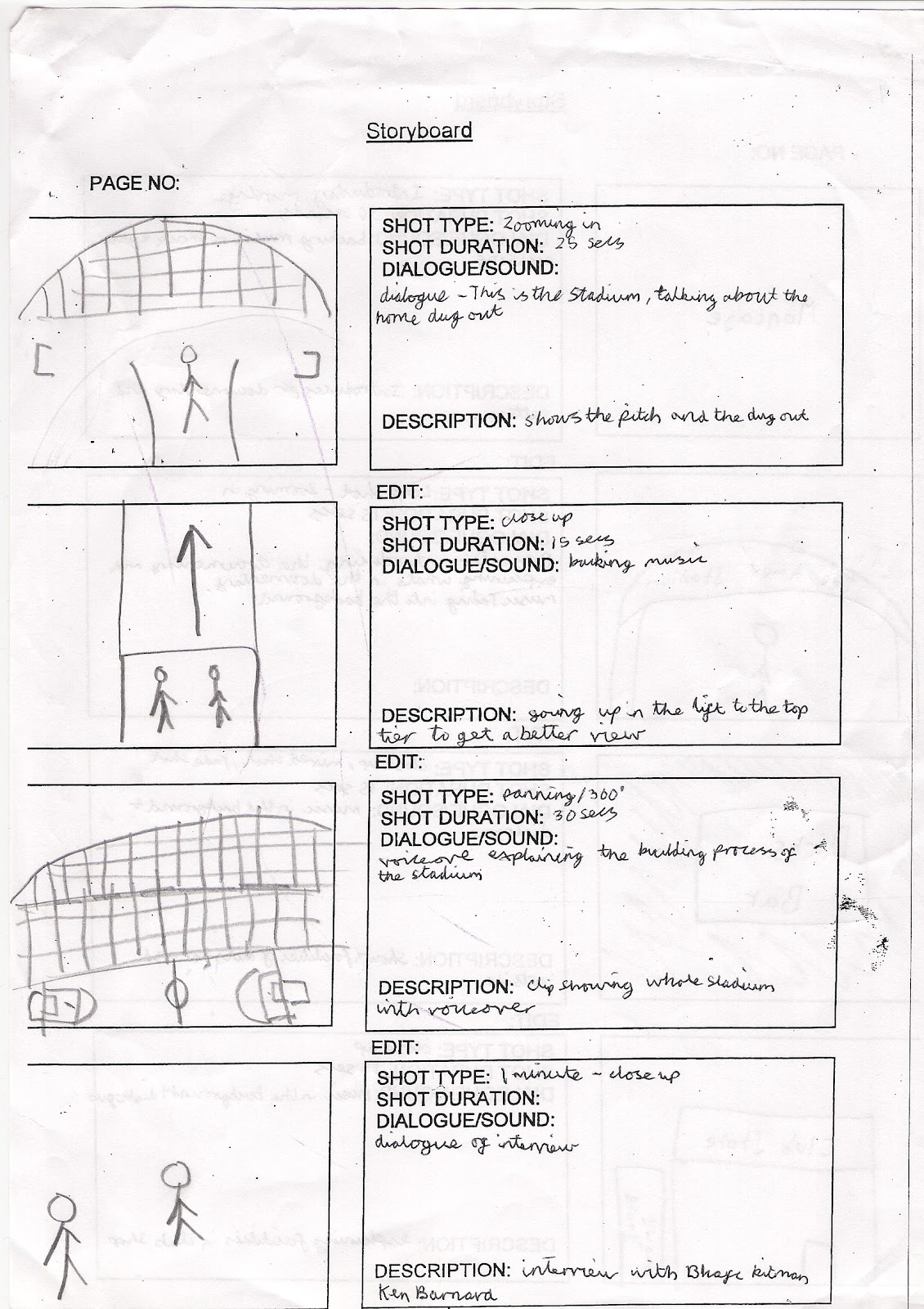 Durations on a storyboard (Rohhbps).

Real time is also an important concept. To say short, we say that a computation is done "in real time" when its processing does not introduce delays in execution. A typical example is the animated images creation: the synthesis and rendering duration must be inferior to the time between two frames (1/24th of a second generally, less for high quality films). The digital circuits of a synthesizer must let feel delay when you hit a key.

But the human "processing" delay can also play its role. Live coding of music, we feel, finds its limits in the ability ot the player/composer to assemble complex structures in real time, and that requires mental operations which generally take time. In general "musical improvisation" is not completely created on the spot. Progress in machines, methods and talent will probably widen the field of this form of art. But, in most cases, a good recording and some editing gives more the audience than live coding. Improvisation on a musical instrument offers the public the dynamic image of the player... in live coding, there is little to see in the keyboard and mouse actions of the coder.

At a level higher than the small groups or durations above, the time of works of arts is divided into "scenes" (theater), movements (music) or cuts (cinema). There are rules for this construction, generally accepted.

For theater (taken as a text told on stage), Aristotle's poetics are the most ancient example we know. For music, The Art of Fugue, by J.S. Bach is an important step. For cinema, Eisenstein is typical. In cinema, the time line can be indicated on the storyboard.

The thing is quite different with interactive arts. Structures are defined in games. [Aziosmanoff] p. 107 sq. develops the topic for his "living art". About timeline in transmedia, [Bernardo] writes: "A clear sense of the time-span of the story is necessary to define the plot.. will define in the first instance the period of time that the story spans, be it ten weeks, ten months or ten years."

A global aesthetical approach could refer to the kind of chaos/order balance that we develop in our Uncanny peak paper, parts 2 to 5. 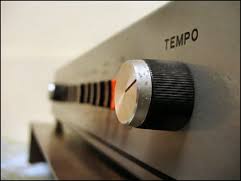 With digital, you can change the tempo of a play without changing the pitches (Polynomial document).

The global duration of a work (film, theater play, piece of music) is also an important parameter, linked to the human attention capacity. For "still" works (painting, sculpture, architecture), the duration is theoretically infinite, but in practice there are duration laws. For example the average time a person stands in front of a painting in a museum is 9 seconds (to be checked).

Generative art has brought a third case: the nearly infinite generation of new patterns, sounds, text, image. Random algorithm and large populations of beings multiply the number of different cases well beyond what humans could consume in a lifetime. That is one aspect of the Capture wok, for instance.

But this "infinity" bumps into human mind features:

- our mind is highly gifted to detect similarities; then, even with a theoretically infinite generation, it will find that it is "all the same" after some time,
- on the other hand, individuals as well as the market have consumption limits; Jean-Pierre Balpe and his generative text works went to say "The production capacity of automata is now well beyond the consummation capability of humans" (We quote from memory).

3.2. Specific use of time as artistic effects

Digitization pushes fragmentation to a limit. Then artists can re-assemble fragments in "non natural" ways to reach artistic effects.

That had been done before the digital age with cinema mounting, and notably flashbacks.

In the digital "space" of bits, time, space and other features can be dealt with independently.
In cinema: slow motion and acceleration.
In music: change of tempo without changing the pitches.
In video mainly : use of different time offset values to get surprising effects; for instance, on a museum wall, apparently project what happens like in a mirror, but with images taken one hour or one day earlier.

A work of art, beyond its presentation time of a work to a public, has a longer time cycle, with the creation time upstream and the obsolescence downstream.

Creation time (generally longer, but for performance). Part of the gap: ontogenesis duration, which is not negligible in relation to phylogenesis, at least in the recent periods. Somehow, an important moment in History is when the most evolved beings have had an ontogenesis time in the same order as the historical events, as several phylogeneses. Then they see the world changing. A man is eternal for a rose (Candide, by Voltaire, "De mémoire de rose").

Once created, the work will be presented several times, possibly a lot of times. But, after some time, let us say some months, the public interest lowers. Then wear and tear make its operation less and less reliable (with the classical MTBF bathtub curve). And, for some kinds of works, the underlying technologies become obsolete

See perenniality. Even beyond that, a work of art takes place into several life-cycles:
- the career of artists, from their education to their death, with progressive maturity and generally (but not always) a less innovative period in the last years,
- the life of the spectators, here also with and education period, a progressive discovery of the vast corpus or art,
- the life of a society, of a civilization, of mankind perhaps.

Digital techniques contribute both positively and negatively to the perenniality.

The stability of a given family is artificially maintained beyond its natural obsolescence (e.g. material of functional) by its functional performance for a population of user