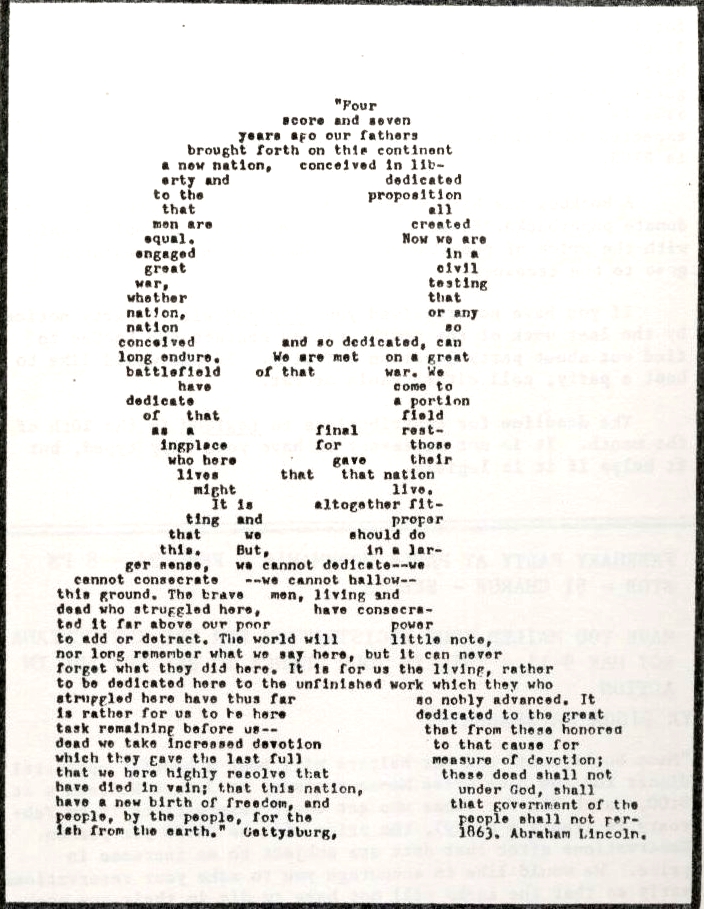 Including teletext, Minitel and low-resolution art

See notably [Laufer]. We are on the borders of digital art... but this inspirational technoloy has still its adepts.
- In 2014, Jean-PIerre Marchadour exposes "dactylographies" at galerie Weiler, Paris.
< The Story of my Typewriter. by Paul Auster and Sam Messer. DAT, Distributed Art Publishers, 2002.
< La machine à écrire. Roger Laufer ed. Institut d'étude du livre. Solin, 1982.
- The typewriter as a music instrument (humor): Youtube (Voces por la paz, 2011).
- A similar kind of art was practiced on the first computer printers, whic used character bars or wheels in a mode similar to typewriter. See an example on IBM (1965 c.). Then the microcomputers became accessible to artists (mainly amateurs), with notably the Apple II, the Atari and the Commodore 64 machines. 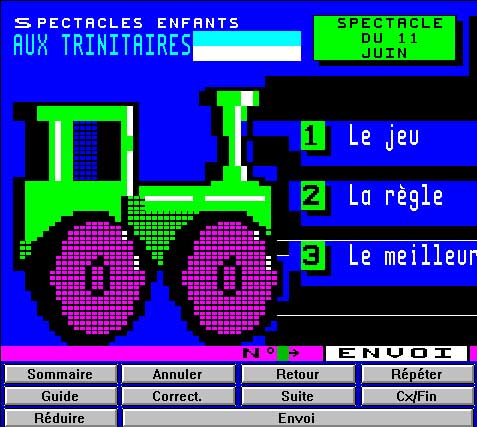 Teletext was a technology created in the late 1970's to add text data to television screens.

Minitel was a French adventure (Wikipedia) : A small terminal, distributed freely in France during the 1980's and 1990's. It supported some forms of art, but with limited expansion due to its low resolution and communication rate.
Minitel was mostly in black and white, but some developments were made with colors, allowing some "artistic" projects on websites.
- In 2013, artist work around the good old obsolete terminal, by Plateforme. 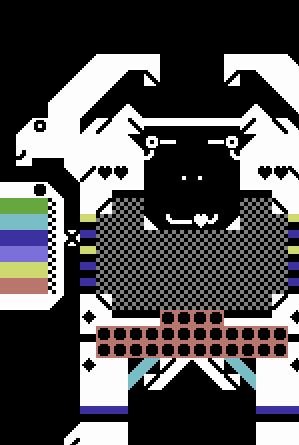 We tell here of digital arts who a make a do with, or make a feature of, low resolution images, where pixels are visible.
As far as we know, the first pixelized image was done by Albert Ducrocq in the early 1950's (see Ducrocq entry, with a picture). As for cinema, see Siggraph France dedicated pages.

3D printing has given Miguel Chevalier an opportunity to make low-res/voxelized sculpting. See our
2013 post.

In 2014, an artist Raquel Meyers, keeps exploring the field of low resolution graphics. She writes:

"I define my practice as keyboardslöjd (drawing/crafting by typing). My background is photography, performance, installations, video, animation, web and graphic design.

"I’m interested in the mix of traditional techniques like embroidery (work-table) and old technologies from the 1970s and 1980s, like the early home computers (Commodore 64) and Teletext (Text-Tv). Both shared the grid as a framework and text characters as instructions, who becomes the essential language in my work."