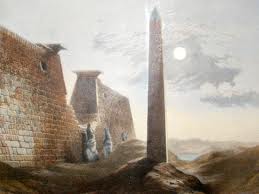 Until now (Aug. 2014), digital art works are "passive" memories (an image, a text) of include memory excluvely for their operation (programs, current data, immediate parameters of interaction). It would be interesting to go much further, for instance with works which would remember their spectators and dialogs, as do games, for instance. .
- What makes an image memorable? (from MIT news, 2011).

For years up to 2005, see the terms mémoire and bases de données in our Dictionnaire des Stic (in French). Otherwise, see Wikipedia.

- Memorization by institutional devices. There are ethico/policy (conservation of private data), but also aesthetical role repartition.

- The website of Crumb (Curatorial Resource for Upstart Media Bliss).