The Digital Spring in Brussels

Pay a visit to Brussels, where digital art is strongly present in Villa Empain, at Imal (until september 1st), and Mécaniques discursives will be on show at LKFF from may 2 to june 2.
Art Brussels and Slick have now ended... but you have the basics below. 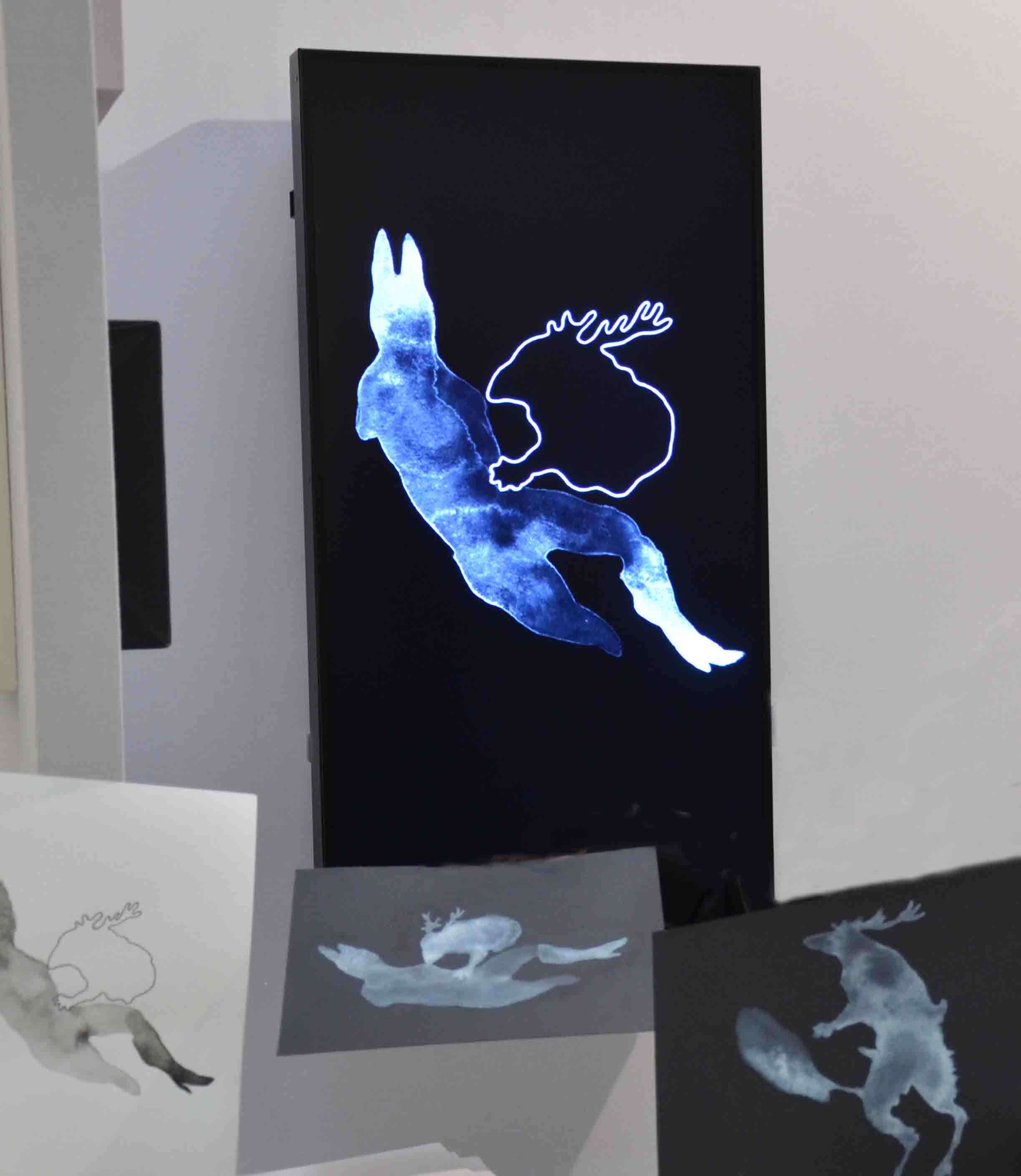 The 2013 edition of Slick is taking place in Brussels from April 19 to 21, 2013. They aim to "bring together the vitality of younger galleries with that of more established galleries, working both with recognized artists and tomorrow’s high-potentials.".

Digital art was present in the 2012 edition, which took place in Paris (see our blog). It hosted notably Galerie Charlot, with Antoine Schmitt (with the sculptor Patrice Belin), and in another stand, Bertrand Flachot.

Will the Brussels show widen its opening on digital art ? Four galleries show their engagement in favor of digital art :

Starring here alsao, Miguel Chevalier has a whole large room just for his work, The Origin of the World (2013, music by Jacopo Baboni Schilingi) with two coupled projectors on a full wall. As always, rich colors flow and play. The accompanying music completes the immersion in this lively world. The colors, perhaps, are a little too saturated for our taste, rather like most of the works of Yoichiro Kawagushi, a favorite guest of Siggraph for years. 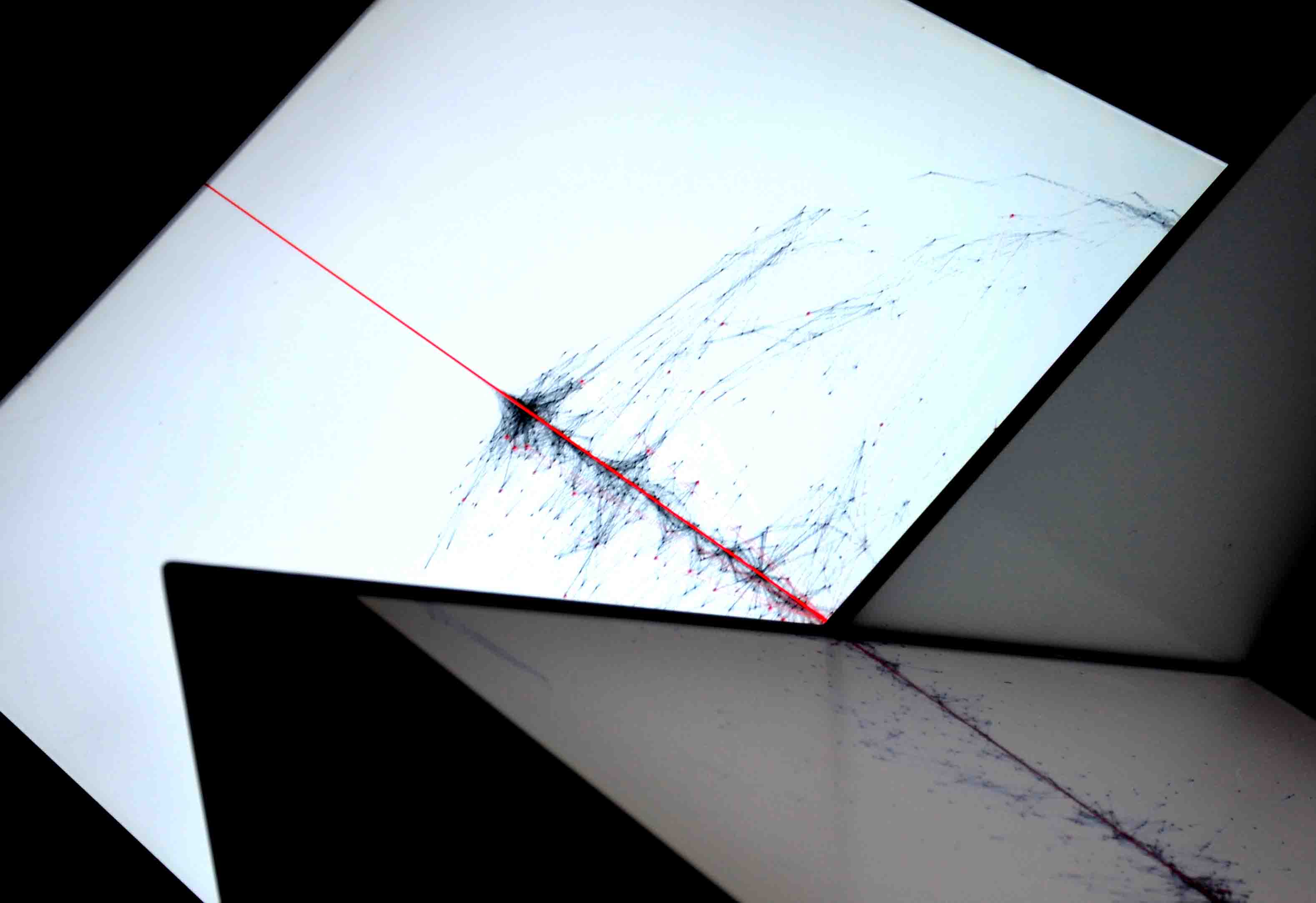 Ryoichi Kurokawa plays with a linear skyline in Oscillating Continuum. At times just a right thin black and line, but soon troubled by oscillations or burss of black curves. The combination of two screens, with opposed slants, stresses the diversity of views along a same line.

Bill Viola (Acceptance) plays with a blurred character moving on a black background.

Several works project video upon sculptures, a trend we see in Paris (Antoine Schmitt, Hugo Verlinde, Misha Margolis, Pascal Bauer...). To be noted here : Michal Rovner, projecting a (at least it looks like) an artificial life scene in a richly textured bowl.

Sachiko Kodama keeps on his specialty : small rotating animated structures, coral like. The kind of small think you would like to on your desk. Which is not se frequent in digital art, most frequently aimed at wide public spaces.

Angela Bullock shows one of its printers. Unfortunately, at least on this work, the programming is quite simplistic and there is not much to look at (perhaps because the paper had not been changed for a long time..).

Overtoon : mysteries in the sound space 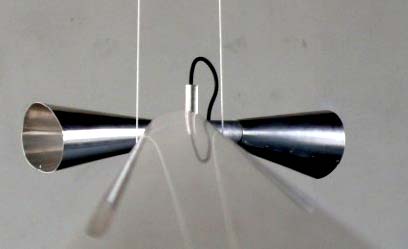 Art Brussels is of course the largest show of this spring week, but mostly traditionally contemporary art, but a first timid presence of digital :
- Jeremy Blake, Angel Dust a geometric video work (in the spirit of Albers), at Galerie Honor Fraser.
- Sulla Pelle (2011), by Bianco Valenta, a video with some nealy digital tricks (the writing appearing as well on a notebook as on the hand itself)
- Untitled, (and not much digital, more like cinetic art of the 1960's), a contraption coupling oddly a vinyle turntable and a loudspeaker.

Interactivity is absent of all these works, cinetic or not. The Brussels expositions confirm what we have seen in Paris (Le Parc exposition in Palais de Tokyo). Some works present a switch on/off to the visitor. Some others, using large ventilators, afford some bodily actions to change the evolutions of the work. But it is more feared thant sought for, and a sign near the show entrance recommend (in Brussels as well as in Paris) caution and respect for these important works. For references, see interaction.

Hide or display ? Some artists want, or try, to show the mechanisms giving soul to their works. Other not. We comment on a separate article.

At the same time (unil april 22), opens Off Art Fair (we could not pay a visit). And let's not forget that Belgium counts several active cities, among with a pioneer of cybernetic art, Liège and its famed tower built by Nicolas Schoeffer (now destructed, with some project of rebuilding it).