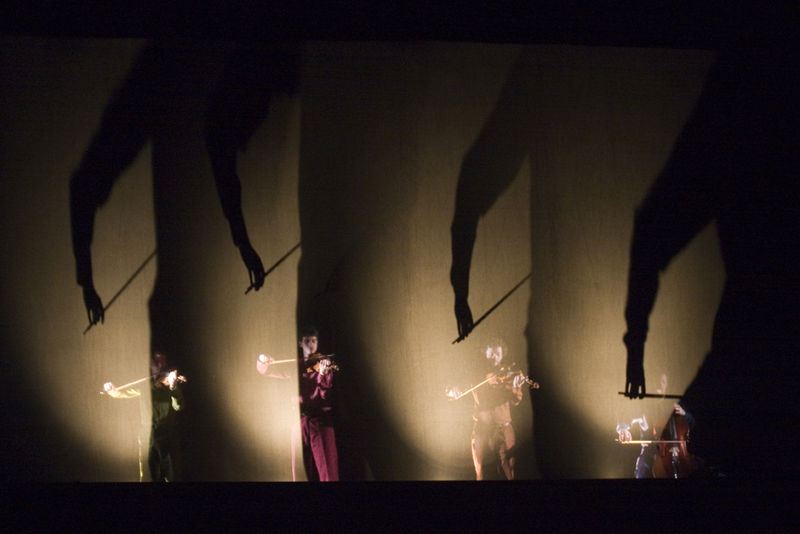 For digital art, several kinds of "spaces" do matter:

Examples:
- colors, which are generally modeled as a three-dimensional spaces (RGB or HSV), see color,
- "features spaces" are used in pattern recognition.

For instance, we can build a palette of several colors by listing them with their three characteristic values (features), RGB. Then, we can automatically apply this palette to an image, just by assigning to each pixel the nearest color in the RGB space.

But any set of types can be used for this kind of recognition, provided that you can define a distance in the features space. The most frequently used distance is the Euclidean distance (square root of the sum of squared sides).

Voronoi (diagramm or transform, dealt at large by  [Cocquerez]) partition a space in regions, assigned to each point according to its nearest point.

In spite of their formal and abstract nature, digital spaces have to be placed somewhere, read, written and transmitted. That can take many forms. One important fact is that any digital object, and even all the digital objects in the world can be considered as one-diimensional, notably for their transmission. This dimension can be the time (streaming). This demands, of course, special bits to get back the original structure on the reception side.

To feed our thinking.

- In the 21th century's world, every object and every event is situated in both the space classically seen (latitude, longitude, altitude) and in the "cyber-space", which is itself a multitude of spaces, including notably the we space. This is not brand new: as soon as animals were endowed with vision, an object "existed" also in the whole space where it is seen. What is changing is the relationship between these spaces. The farther we go in time, the more local space becomes "secondary" to the virtual relationships space. As soon as we move with a "mobile", our material environment loses of its importance. But cases remain, great events notably, where the physical, the "in-person", the "face to face", the presential notably, remain of prime importance, since "the World has its eyes focused on him". Or, on the contrary, intimate meetings where the face-to-face, the skin-to-skin, remain at the core, out of glances and nets. (source lost).