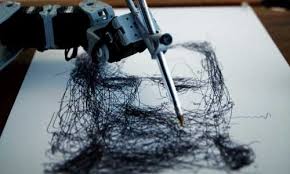 A portraitist robot, by Patrick Tresset.

All the digital painters we know of are listed in our Index, with direct link on their Diccan's item. On summer 2014, we list some 300 artists, to which could be added the works of multimedia artists, for which graphic aspects are generally and important facet.

We take here painting as 2D sill graphic creation and not by processing of photographies. The term here includes 2D still images arts, but photography and calligraphy are dealt with separately. We consider as photographers the artists who work mainly from photos, using filters and compositing

Painting is by nature one of the less digital forms or art. In spite of some numerical canons (golden section) or geometrical tools (perspective), it had to wait for computer graphics and pixel rasterization to enter the digital world.

Moreover, painting was divested of its representation role by the advent of photography at the end of the 19th century, with an insistence on "impressions" or intuitive-gestual procedure. That explains partly why the digital art remained until the 2010's, strongly separated from the "world of art".

From a strictly technical standpoint, "digital painting" should be restricted to robotic devices explicitly using a brush, an airbrush or a spray gun. There has been some examples at Siggraph 1992 (or 1997, my memory is faulting), or by Jean-Paul Longavesne in 1996, Leonel Moura in 2006 or Irving Repetto (2006 also). But they are more experimental installations than proper painting art for itself.

Drawing, generally with a felt-tip pen is easier to be driven by a robot. Of spectacular effect are the portraits by robot shown by Patrick Tresset or Robotlab.

But most of the digital "painting" is actually printing, generally with inkjet printers. And the "paint" effect is searched for through software. Note here that, in graphic products "painting" is opposed to "drawing" only as two different ways of generating the shapes, be they only linear (hollow) or fully covered. 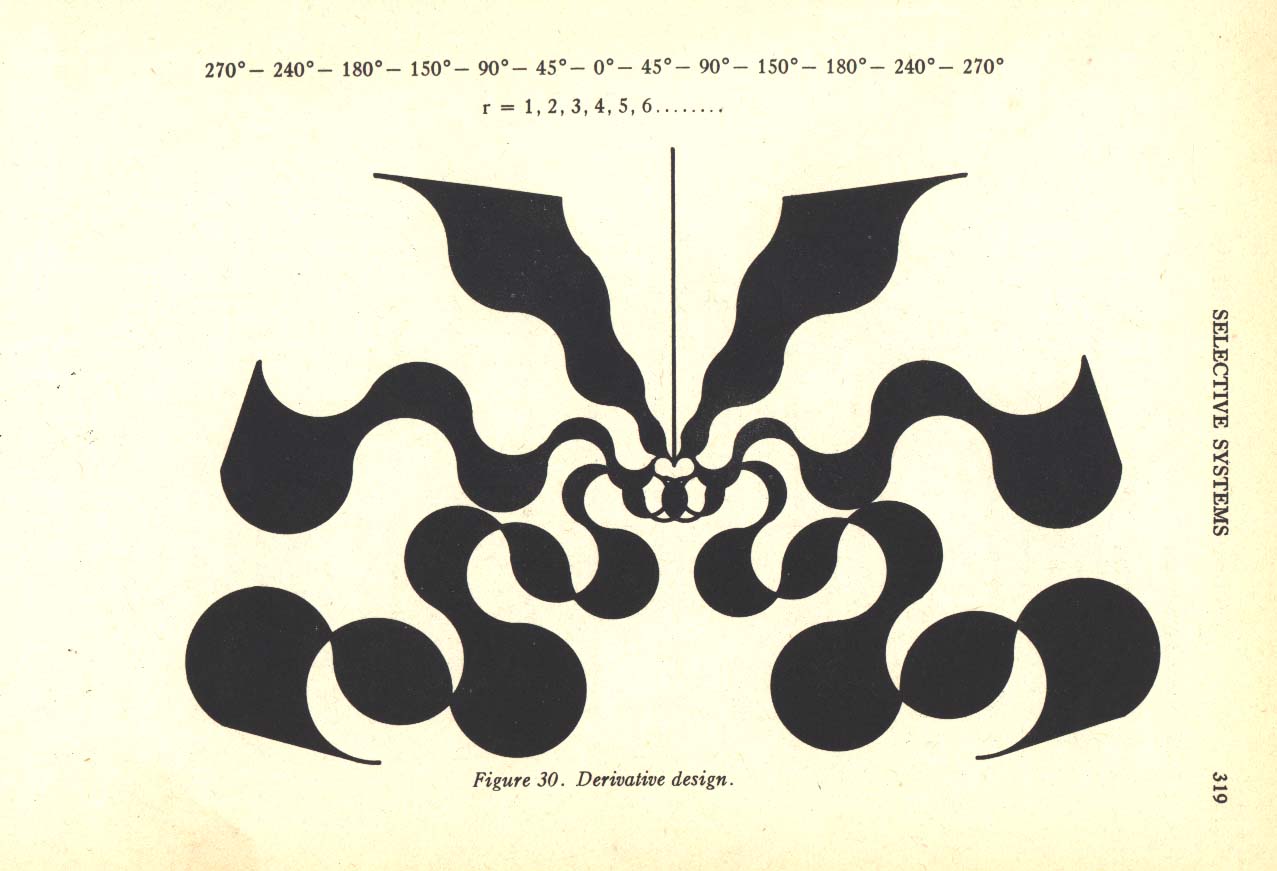 Historically, digital painting was preceded some formal methods like the cadavres exquis of the Surrealists (see history, 1930's) and the algorithmic drawings of Schillinger (see History)

Then, going along with the availability of computers, more and more artists used it as a tool, generally with algorithms and some kind of random. Vera Molnar, Manfred Mohr, Vasarely and Harold Cohen explored the field in the 1960's an 1970's. Then many artists added more and more color and complexity. See History.

A direct use of the computer as a drawing/painting tool, using a "light pen" (in the 1970's) then a mouse or graphic tablet, has been developed during the 1980's, with the Apple Macintosh then powerful graphic stations. The standard forms can be called "matte painting" (since they use "matte" combination of images), and a large collection of these artists are listed in the books of [Wands]. This form of art is weakly digital, and we consider as more advanced on this axis what can be called "generative" art. By 2014, the most creative artists (we feel) work in Paris. You can see the last productions in our 2010's history section, and our recent posts listed on the home page.

Perenniality. It may reach several decades with a quality inkjet printer and archive type paper, plus the protection of a varnish such as Liquitex against UV rays and atmospheric pollutants.

But the future is still widely open, since all the artists we know in this category use a rather limited set of models and algorithms. For instance, the wide toolsets developed for medical imaging (segmentation, for instance) of for pattern recognition (with free software using OpenCV) have not yet penetrated the digital painters studios. Non-photo-realistic techniques aroused some hopes, but seem to concentrate on technical illustration.

< Digital Art. by Christiane Paul Revised in 2008. A major reference.
< Painting, the digital river, by James Faure-Walker (2006) Self-story of a painter who uses the computer but keeps on traditional techniques.
< Aaron's code. Meta-art, artificial intelligence and the work of Harold Cohen. by Pamela MacCorduck. Freeman 1991.
< Art of the Digital Age, by Bruce Wands. (Matte painting)